Despite their earlier set-backs, Mahindra Two-Wheelers is headstrong about entering the Indian motorcycle market. The company launched the 110cc Pantero motorcycle in January this year and are now ready with their second offering, the Centuro. The Centuro is based on the same 106.7cc engine and chassis found on the Pantero but it is an all-new bike, which the company has developed in-house at their R&D facilty.

Unlike the Pantero, the Centuro is an upmarket commuter and comes loaded innovative features like the flip-key, analogue/digital information panel and LED pilot lamps.

However, it is the fundamentals that the company has focused on and it was evident during our ride. The bike has a contemporary styling and the quality of plastics, paint and the overall finish is comparable to some of the best bikes in the class. The riding position is quite comfortable and so is the ride quality and we were impressed to see how good it handles.

The Centuro will be priced higher than the Pantero but Mahindra assure us that it will be competitive figure in the 110cc premium commuter bike segment. The picture will be clearer after the official launch of the bike, which is scheduled on 1st July.

For our detailed first ride review of the Mahindra Centuro, pick up the July issue of Bike India, on stands now. Also, follow Bike India website and Facebook, Twitter pages as we get you the updates right from the launch. 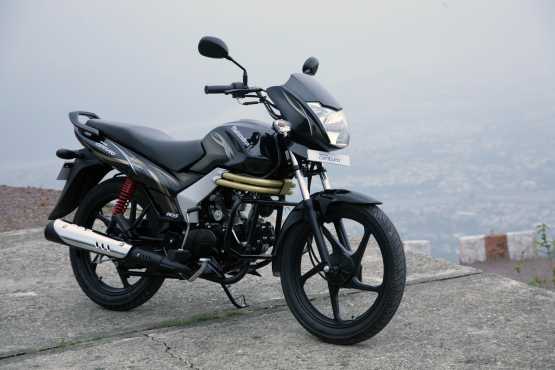