Mahendra Singh Dhoni’s passion for motorcycles is well documented but do you know that the Indian cricket team captain owns a racing team as well? Mahi Racing Team India (MTI) was established in 2012 with the vision to promote superbike racing in India and the team made a fantastic start to the 2013 WSBK season with reigning World Supersport Champion Kenan Sofuoglu winning the first WSS race at the Philip Island circuit in Australia while his team-mate Fabien Foret finished fourth.

The two riders visited the Buddh International circuit recently and were in for a pleasant surprise when the Indian cricket team captain easily shifted gears while talking to them about the nuances of bike racing and the technical aspects of tuning the bikes.

“I follow the progress of the team very keenly and want to see more and more Indian youths take to Superbikes in the future,” said Dhoni, who has been regularly tweeting about the team’s progress in the last few weeks.

Playing a perfect host to world Supersport champion Kenan Sofuoglu and Fabien Foret, Dhoni spent over three hours with his guest and even apprised them with what they should expect when they coming to India for the season’s final race in November.

“It was a great evening. We were supposed to meet for about 15 minutes but once we got talking about bikes, strategy to win races and of course cricket, time just flew,” said Sofuoglu after their meeting with Dhoni.

Mahi Racing’s Chairman and Managing Director Arun Pandey said, “The idea behind bringing the drivers to India was to let them know how passionate we all are for the sport and also to promote Superbike racing in India.

“After meeting Dhoni, I am sure they will now know how dedicated we are to ensure that the team wins the championship this year,” he added. While the talk between Dhoni and the two riders revolved mostly around the racing team, the Indian captain also explained them the nuances of cricket and even how bats are manufactured and how the player’s test them.

Foret, who is a Frenchman and hasn’t followed cricket before, said that more than the technical details of cricket, they were keen to know how Indian cricketers, and especially Dhoni, handle the pressure of expectations.

“He explained to us how he follows his passion of playing cricket and not get baulked down by the pressure of getting results,” said Foret adding that he and Sofuoglu (from Turkey) have started following a bit of cricket after their last meeting with Dhoni during the team launch. “He also told us that the pressure would build by the time we come here in November for the race and I am sure we will be prepared for that,” said Foret, who also promised Dhoni his helmet after he finishes on the podium in the next race in Spain.

The final race of the season would be held at the Buddh International circuit on November 17 and their visit will help the riders prepare for the grand finale, which will also be the team’s first ever home race.

The riders were driven around on the racetrack as competition rules do not permit them to ride on the track they would race in the season. Both Sofuoglu and Foret praised the layout of the track and said that they would look forward to racing here.

While the two riders had to be satisfied with a drive around, 35 members of Group of Delhi Superbikers (G.O.D.S.) burnt rubber on the racetrack in front of a sizable crowd that had come to see them in action.

Bike India believes in the cause, which inspired the cricket team captain to establish the team. We have always helped our readers understand the sport by educating them about its intricacies. To continue our strengthen our commitment, we have formed a unique collaboration with the team. MTI’s Kenan Sofuoglu has joined our editorial team as a freelance celebrity columnist from April 2013. Follow this column in Bike India magazine to understand the sport in the ‘Champ’s Words’. 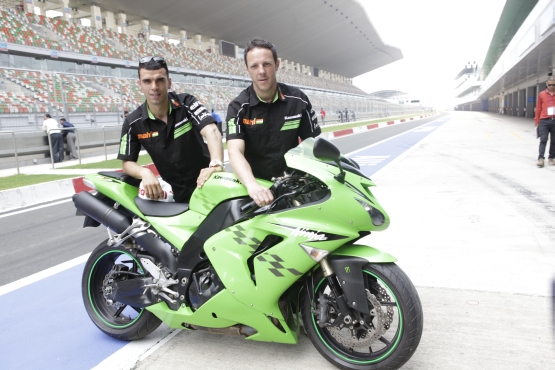 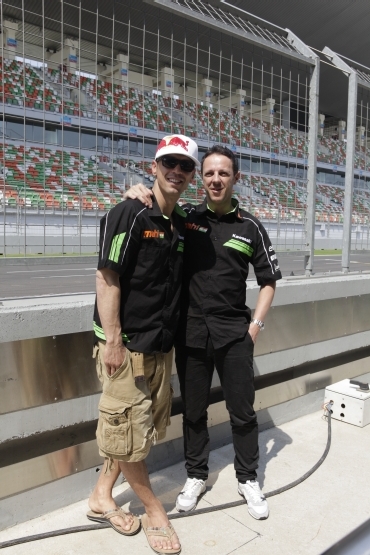 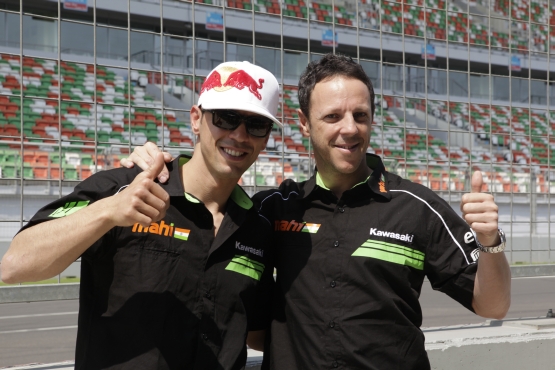