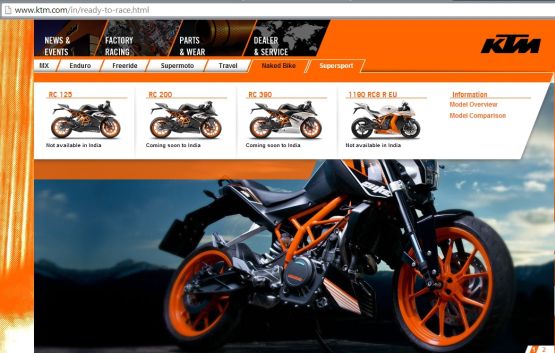 KTM thrilled many with their RC200 and RC390 sport models when they first showcased them. Now though, the website update would mean that they will be in India sooner than we expected. 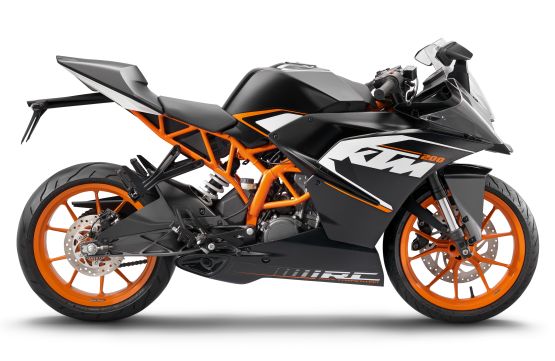 The KTM India website states that the RC200 and RC390 are ‘coming soon to India’. This means that the launch is likely to take place in the first half of 2014, rather than the latter half as we first expected. The bikes will roll out of Bajaj’s Chakan facility and are expected to carry price tags only slightly higher than their respective Duke siblings. 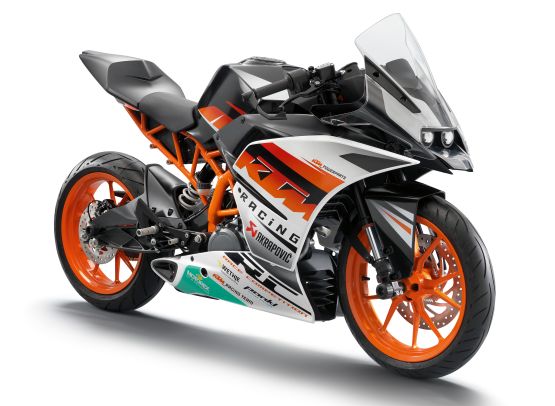 Both bikes retain the same engine specifications as the Duke line, but feature parts and bodywork specifically made for the RC line. Thus, you get a four-valve, liquid cooled single cylinder motor: 199.5cc and 25 PS in the RC200 and 373.2cc and 43.5 PS in the RC390. The tank capacity is only marginally lower at approximately 10 litres usable. The dry weights for the RC200 and RC390 are 137.5 kg and 147 kg respectively.

The RC line will offer a much sportier riding position than the Duke line and come packing full fairings, aggressive styling and what is sure to be nimble handling. The RC line is the first derivative of their Moto3 program. However, expect performance to be thrilling while being offered in a package which lasts longer and brings higher levels of refinement and durability. For the uninitiated, KTM’s track bike and Moto3 contender, the RC250R, makes 50 PS at 13,000 rpm from a 249.5cc single. The bike weighs only 83 kg. That’s a power-to-weight ratio of 602 PS/tonne! 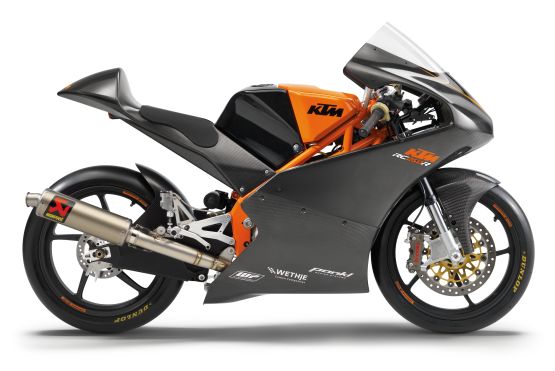 We expect Bajaj to showcase the KTM RC200 and RC390 at the upcoming Auto Expo. The response they generate will in all probability decide the time of launch, and it looks set to be sooner rather than later already. 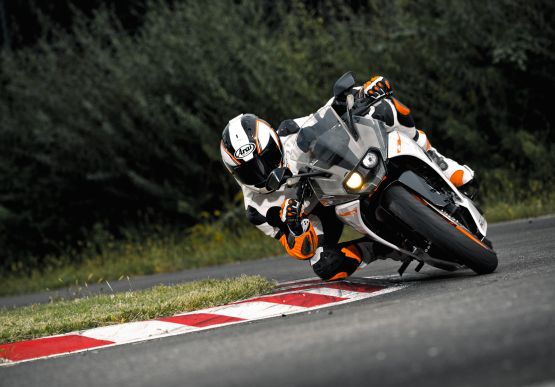 See more of what you can expect from these bikes in this video: