While we wait for the official launch of the Kawasaki Ninja ZX-25R, the Japanese manufacturers have given us a glimpse of how the inline-four beast looks with a full race-spec upgrade. 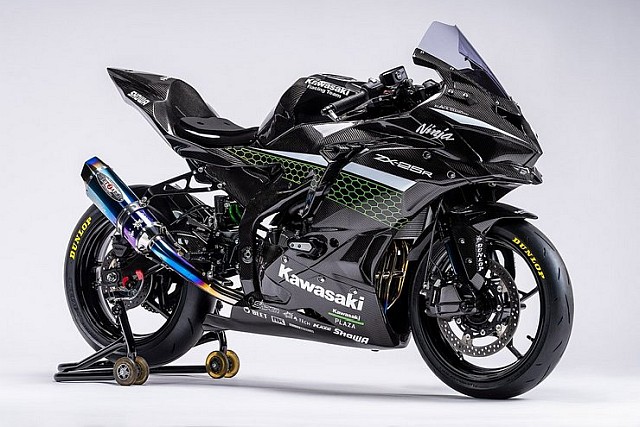 We have been patiently waiting to get all the details about the Kawasaki Ninja ZX-25R since it was unveiled at the Tokyo Motor Show 2019. Until now, Kawasaki have been teasing short video clips of the sound of the in-line four-cylinder 250-cc engine roar and showing off the sharp cuts and detailing on the ZX-25R. The latest video features footage of World Superbike (WSBK) riders Jonathan Rea and Alex Lowes from the Kawasaki Racing Team taking the bike for a spin around the Jerez circuit in Spain.

New images of a race-spec Ninja ZX-25R have surfaced and from what we can see, Kawasaki have given a motorcycle that was already a track-ready machine some serious upgrades. We still don’t have the exact technical specifications of the motorcycle but is said to make around 55 hp and rev all the way up to 17,500 rpm. With this new race-spec upgrade we can expect the ZX-25R to be lighter and way more powerful. Kawasaki have built this bike, especially for the Japanese one-make series. 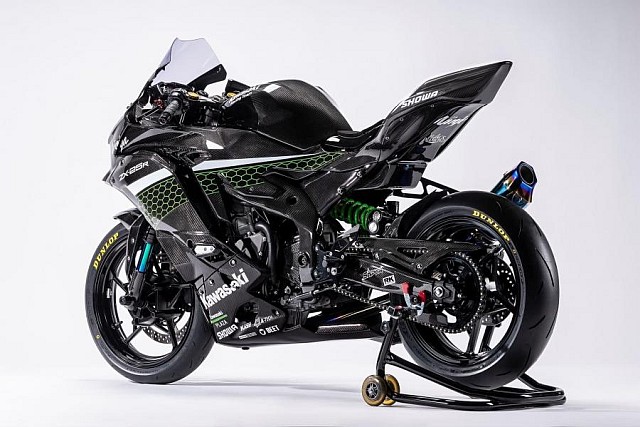 The first thing you will notice is the carbon-fibre treatment given to the motorcycle for the fairing, frame and swingarm protectors. The bike also features a redesigned seat with a seat cowl at the rear and custom bodywork on the tank. Apart from all these upgrades, that give it killer looks and make it lightweight, the bike is fitted with Dunlop Sportmax tyres and a Beet Japan free-flowing exhaust system. Like all race-spec bikes, the ECU will also be remapped to extract the full potential of the in-line four-cylinder engine. 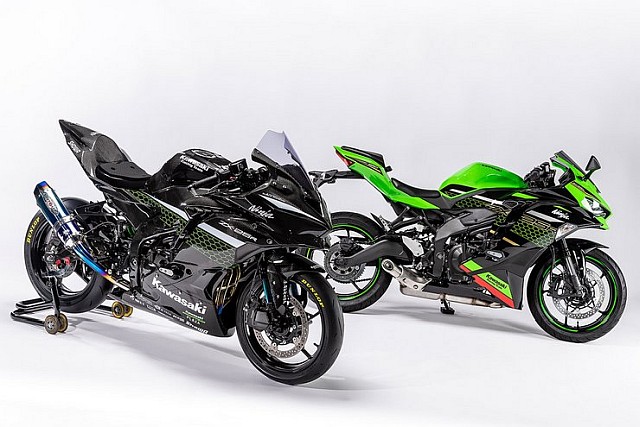 The suspension set-up on the race-spec ZX-25R appear to be Showa SFF Big Piston forks at the front and a horizontal back-link at the rear, which is the same set-up seen on the stock model. The Kawasaki Ninja ZX-25R already packs a ton of modern electronics aids including power-modes, quick-shifter and KTC (Kawasaki Traction Control). We can’t tell how much more power the race-spec model will make considering that even the stock model has not officially been launched, but knowing that that is a 250-cc engine with four cylinders it sure will be one hell of a machine to ride.