We have been hearing news of iconic British motorcycle marque, Matchless, making a comeback since quite some time now.

But apparently, the Malenotti brothers, the Italian owners behind the brand have got some other plans for Matchless than what we were expecting – a high-end apparel line. The two brothers, Michele and Manuele Malenotti, have hired famed fashion photographer Terry Richardson to shoot supermodel Kate Moss, the new face of the brand, for the upcoming fall-winter campaign. Terry Richardson shot the black-and-white campaign at MC Motors, a former warehouse in London’s Hackney. Moss is pictured on a Matchless motorbike along with fellow model Andre Van Noord. The ads will break in June issues of “top-tier” titles, according to the company, which is still finalizing its media plans.
“We are delighted to be working with Kate Moss on this first Matchless advertising campaign of this new era of the brand,” said Michele Malenotti, a member of the Matchless board, and the company’s marketing and business expansion director. “The campaign reflects the heritage of the brand, which we are excited about sharing with Matchless enthusiasts and consumers alike.”
This shouldn’t come as a surprise to fashionistas as the duo are the very same people behind the resurrection of heritage brand, Belstaff. If you ask us, it is all very good but we would still like to see the Matchless logo on some proper two-wheelers soon. 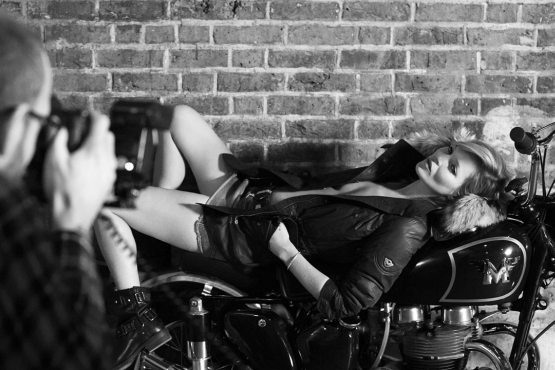 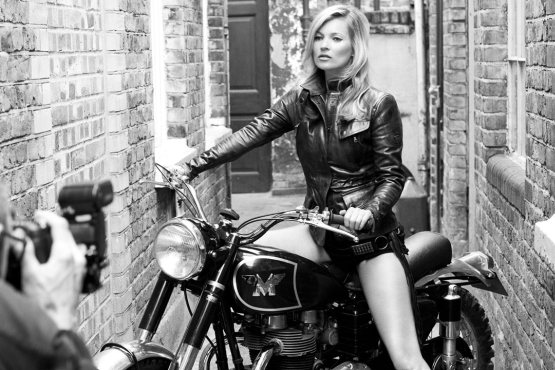 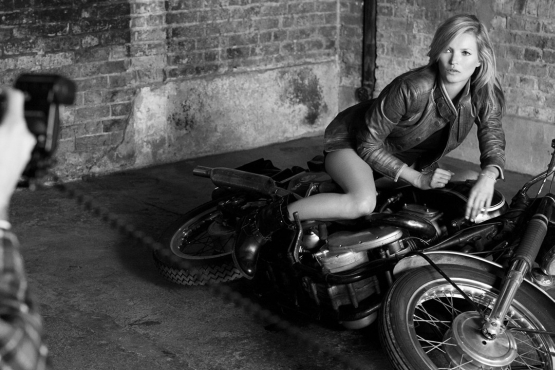