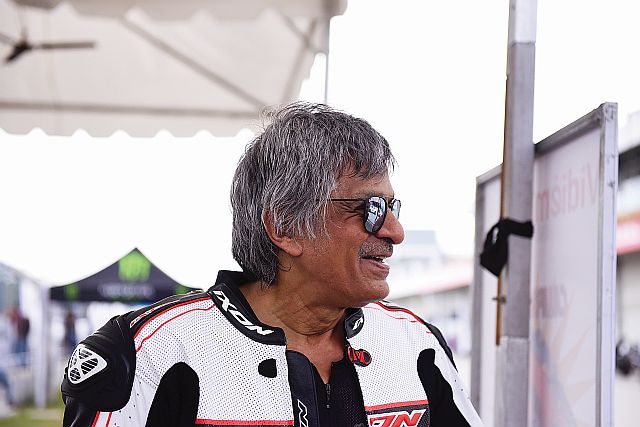 We spoke to the maverick businessman, TT Varadarajan, who is the man responsible for bringing the California Superbike School (CSS) to India in 2010.

CSS has completed nine years now. How has the event grown since its inception in 2010?

When CSS first came to India in 2010, we sponsored 24 of India’s top riders and didn’t open the school to the general riding fraternity. Nine years later, “CSS India” has trained over 900 students and has become the most reputed riding school in the country. “CSS India” is one of the few branches that have been blessed to have coaches from all over the globe to teach at our school each year. This year we had three four-star coaches at our school. There are only five in the world; so, having three in one location is unheard of.

Initially, the school was cent per cent funded by us. Over the years, sponsors have recognized the quality of instruction that is provided at our school and we have had support from TVS, Triumph, BMW, Dainese, Pirelli, Motul, and Monster, to name a few. We hope that our sponsors continue to support our school as we plan to significantly scale up the frequency of running CSS in India.

The aim for CSS was also to introduce Indian coaches to their faculty, which is now officially a reality. Could this lead to an increase in the number of batches?

Certainly. The idea behind getting Indian coaches on board was to run more schools in India. Every year we have a huge waiting list. Many riders don’t get a chance to experience the school because we can only accommodate a set number of students to ensure each one gets the attention they deserve. Having Indian coaches will bring our costs down and allow us to run multiple schools a year.

Arising from the previous question, there are upcoming racetracks around the country and, of course, the BIC and Kari. Do you have any plans to hold CSS events at any of these in the future, considering the tremendous interest in the School?

We run schools at the MMRT as the club subsidizes costs for us and brings our expenses down. I am sure we can negotiate something similar with Kari as well.

As regards the BIC, running a school there simply works out to be far too expensive. Additionally, being such a long track with no cut-throughs, unlike Chennai, coaching there will be a difficult and time-consuming task. Definitely not ruling BIC out, but until we find a way to work with them to make running the school there viable, it is out of reach for now.

In my opinion, Chennai is a perfect track to run a school for the following reasons:

1. It is extremely technical, challenging, and more fun to ride on than the BIC. Personally, I feel that Buddh is more suited to car racing

2. It’s got corners of all different characters: perfect for coaching

3. It’s the perfect size with a cut-through that allows coaches to catch up with students without wasting any time

Last year, the school had spoken of a joint venture with the Ministry of Road Transport and Safety to promote safe riding on our streets, called the Advanced Rider Training (ART) programme. Any update on this very valid and important proposition?

We did make some progress last year but the government authorities did not show as much enthusiasm as we expected them to. We struggled to find an area suitable to run the ART programme as well. We still believe that our programme can save thousands of lives on Indian roads, India being a country with the greatest number of road-related fatalities in the world. We will not give up on it, though, and hope to make more progress this year and make ART a reality in India as we clearly need it.

This year, I met a few youngsters who are part of the Indian motorcycle racing championship. All of them went away with inputs that would help them in their racing careers. Would CSS include a course specifically for training our racers of the future?

Yes, as I mentioned earlier, the first year of CSS in India focused solely on training the top racers from India. Our larger objective right from the beginning was to use revenues earned to support the discovery, mobilization, and training of talented youngsters who don’t have access to world-class coaching.

Another big reason for getting Indian coaches on board is to provide a platform for young Indian racers to develop their skills and be able to perform at the highest level of motor sport. We do believe that CSS is the best in the world and budding Indian racers can really benefit from the world-class instruction that it provides.

Since the inception of CSS in 2010, have you seen a noticeable change in the quality of Indian riders attending the School?

We have had many repeat students over the years and they have most certainly become much better and safer riders than when they started out. It is also encouraging to see so many youngsters and women enrolling at our school. This year, we had a 13-year-old attending CSS, who, I am sure, will go on to be a very successful racer.

Since India does not really put much emphasis on safety or safe riding techniques and getting a riding licence is often a process that doesn’t test one’s riding skills at all, a school like ours is definitely beneficial to all motorcyclists. Many first-time students come in at a level that is much below the global standard, but what we do guarantee is that they leave much improved and, more importantly, much safer riders.