Indian, the iconic motorcycle marque, which was off everyone’s radar after production ceased 60 years ago owing to financial difficulties, is back. While there have been several attempts to recreate some of the magic of the early years, almost all failed to rekindle the old flame. Over the past decade, there was a revival but the attempt was mainly focused on exclusivity rather than performance. Now, the company has resurfaced with a modern day lineup of motorcycles built to look just like their vintage cruisers.

Purchased by Polaris Industries, the off road and leisure vehicle maker, back in 2011; the company re-emerges with the 2013 lineup resurrecting the Chief name across more than a few models. The 2013 Chief uses a new Power Plus 105 cubic inch (1,721cc) V-twin engine complete with electronic fuel injection and several touches to make it every bit a modern day motorcycle. Of course, the Chief still features its trademark large and sweeping fenders, low riding stance and the now famous front fender ornament!

The range includes five versions for the Chief starting with Classic. There’s also the Chief Dark Horse, Vintage and Vintage Limited Edition. The 5th and final model in the lineup is the ultra-exclusive Chief Vintage Final Edition, of which extremely few numbers will be built. Prices for the Indian range start at $26,499 for the Chief Classic and go up to $37,599 for the Chief Final Edition. 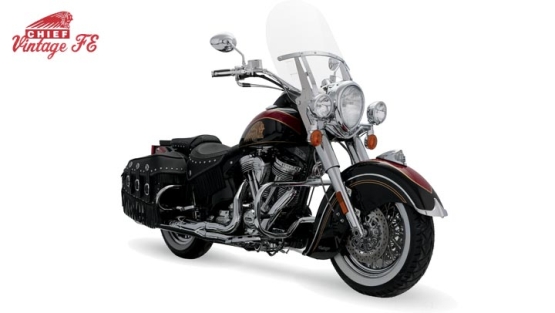 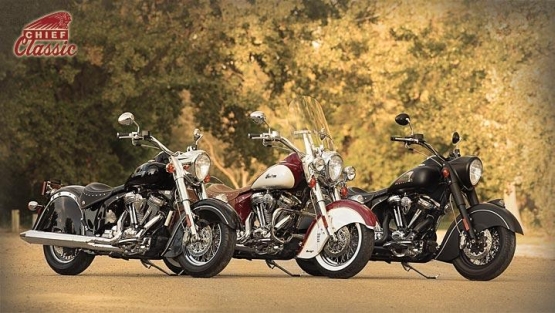