Seems like Honda is on a vengeance to consolidate their position in every imaginable motorcycle segment. The world’s No 1 two-wheeler manufacturer already have the CBR 250R, 400R and 500R in their product portfolio, but there are news making the rounds that they might add a 300cc variant to their fold soon too. The source of this speculation is a spy shot from a Thai forum indicating that Honda might be working on a 300cc mill, for launch by the end of September this year as a replacement to the current CBR 250R model. From the spy picture, we can clearly make out that the 300R looks quite identical to the current 250cc bike. Perhaps the techies at Honda will just do an engine replacement to the 250R, pitting is as direct competition to the now grown-up Kawasaki Ninja 300.

The picture quite clearly is part of a PowerPoint presentation, presumably from some sort of dealer meeting for the new models in the Thailand market. Due to the lack of Thai expertise among the Bike India staffers, we haven’t yet been able to discern the writing on the single slide, but the 300 badging is there in all its glory to see. This speculative news might just be too good to miss as there has been a rise in importance of the 300cc motorcycle market globally and it would not come as a surprise to us if Honda were to roll out a CBR300R in the next few months here. As they say, there’s no no substitute to cubic inches! 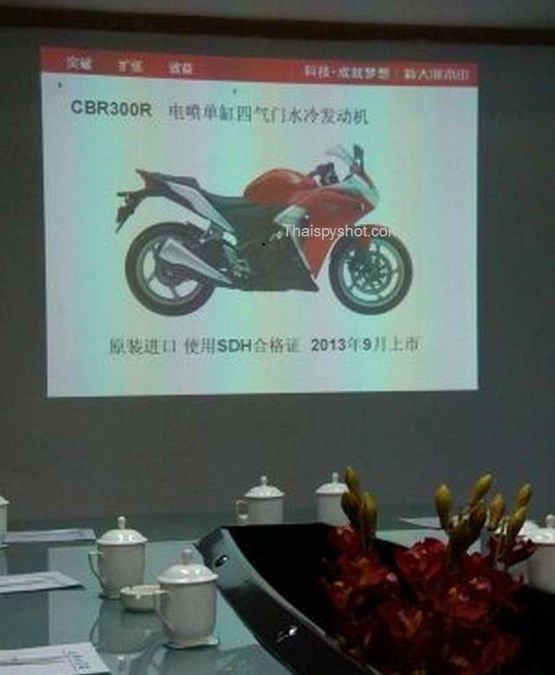