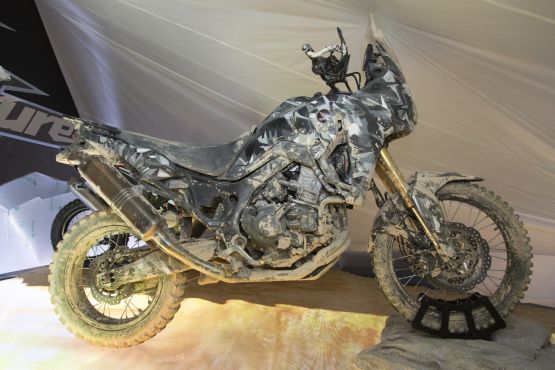 Remember the Honda True Adventure concept that made its debut back in November 2014 at EICMA? Well, Honda plan on mounting this rumoured 450cc adventure bike supposedly based on their HRC CRF450 Rally on a pedestal again, this time at the upcoming 31st Osaka Motorcycle Show and the 42nd Tokyo Motorcycle Show. 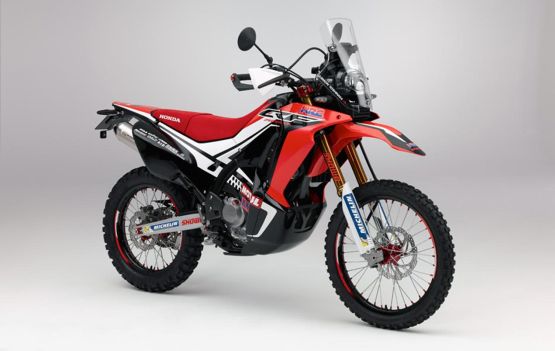 What’s surprising though is the addition of the less muddy and less camouflaged, but no less adventurous CRF 250 Rally Concept. This never-seen-before concept will take its maiden bow at these two illustrious Asian motor shows, and looks quite the tasty prospect. The CRF 250 Rally is actually based on the same platform as the already existing CRF 250L, and will probably sport the same 250-cc liquid-cooled single-cylinder four-stroke mated to a six-speed transmission as the 250L, but with design cues cherry picked from the aforementioned HRC CRF450.

The CRF 250 is one of five concept/exhibition models being showcased by Honda, including one surprise unveil, details of which are not forthcoming as yet. So watch this space, because it looks like Honda are on a roll. 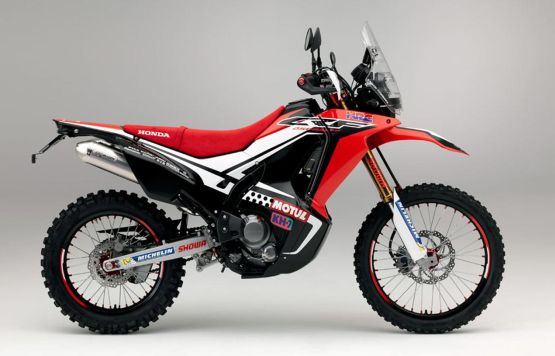