Having overtaken Bajaj as the number two player in the Indian market, Honda Motorcycle and Scooter India (HMSI) are now knocking on the doors of Hero MotoCorp. Over the years, we have seen HMSI slowly and gradually come into prominence in the Indian two-wheeler scene with offerings like Activa, Shine, Unicorn and CBR250R etc. and now, the Japanese giant is looking to attain the number one position within 3 years. Speaking to the media at an event, head honchos at HMSI spoke about their plans to become the numero uno in the market. Former HMSI CEO, Shinji Aoyama stated that HMSI will soon make the dream to become No. 1 (in India) come true. Given the current scenario in the country, they believe that it will not be 2020 but 2016 or even 2015 by when they will attain the No. 1 position in India.

The fact that Honda is eying the number one spot in the country is not such a surprise; the two-wheeler giant is the leader in virtually every country it operates in, except China. In Brazil, it has a dominant 80% share, and controls half of the pie in Indonesia. Since the split with current leader Hero MotoCorp, Honda have gone on to overtake TVS and more recently have pipped former No. 2 Bajaj Auto to become the second-largest two-wheeler company in India. Whats even more positive is the fact that with a market share of just under 20%, HMSI have set their sights on beating Hero MotoCorp, which is currently sitting pretty with a 46% share.

Also present at the event was current HMSI CEO, Keita Muramatsu who stated that HMSI had 61% of the Indian market prior to the breakup with Hero MotoCorp and that today they are just under the 20% mark. He also added that HMSI have to be No. 1 here as this is their dream. With many new offerings already in the market, only time will tell weather HMSI will become the number one two-wheeler manufacturer in India. 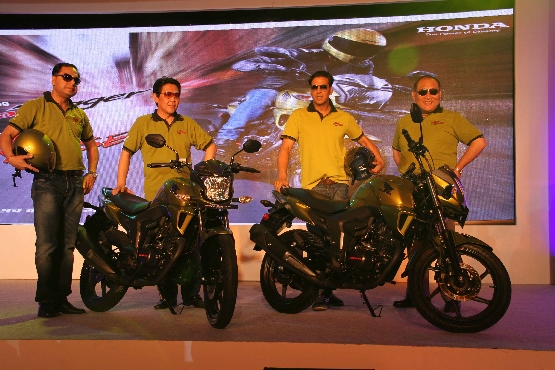