Upping the ante, the Bajaj-Kawasaki alliance have recently launched the Ninja 300, powered by a larger capacity 296-cc parallel-twin, liquid-cooled engine with fuel injection, along with refreshed styling and improved chassis.It looks most dynamic from head-on with an aggressive set of dual headlamps and floating visor, inspired by its bigger sibling, the ZX-10R. The old front indicators have given way to new flush fitted ones that add to the sharp character of the Ninja. The India-sourced instrument console comes with analogue tachometer, and digital speedo, odometer, dual trip meters, fuel indicator, clock and economy riding indicator which are easy on the eyes.

Its large fuel tank is beautifully sculpted with deep knee-recesses. While the slightly higher two-piece handlebars and narrower seat (with the height lowered by 5mm) offer a more comfortable seating position, albeit a sporty one, which feels pretty comfortable, both on short city rides and on longer rides on wide open roads. The re-profiled 17 inch 5-spoke alloy wheels uses IRC rubber that provides ample grip. It retains the petal discs from the older bike, 290mm in front and 220mm unit at rear, which offer strong braking power. However, ABS is missed sorely, specially on our road conditions with slippery surface often splattered with gravel, oil or water.

The overall fit and finish is top notch, as expected from Kawasaki, be it the soft-touch rubber grips, buttons or control switches. The pass-light switch has been included which was missing in the earlier model. While the under-seat storage is split in to two compartments now, one to store tools and the other for documents.

The new motor uses aluminium extensively, making the bigger engine lighter, while other improvements include light-weight pistons with flattened crowns, lighter sleeveless die-cast cylinders, coupled with bigger intake ports and larger valves. These tweaks help the Ninja 300 churn out 39PS of maximum power at 11,000rpm, 6PS more than the outgoing model; and stronger peak torque of 27.5Nm at 10,000rpm. The exhaust note is similar to the 250R and sounds sweetest above 9,000 rpm. Mated to a smooth 6-speed gearbox with new slipper clutch system that prevents the rear wheel from locking up, if one shift-down a couple of gears in a hurry, in case of hard braking.
Thanks to the engine mounted on rubber dampers, vibes in the Ninja 300 have been cut down compared to its forbearer. There’s a chunkier mid-range and top-end power to play around with. I found the 300 easier to ride within the city than the 250R, as the latter lacked a meaty low-end and mid-range which forced the rider to down-shift, more so during overtaking. Now with increased torque that develops on lower rpm, the 300 can happily trot at low speeds even in higher gear. Open the gas and it won’t shy away from revving up to the 13,000 rpm; with stronger top-end, the 300 is a delight on the highways and is equally fun on a racetrack.

The ride quality feels more supple, soaking up most road undulations without compromise on its impressive handling abilities. The Ninja 300 comfortably manoeuvres through traffic, eager to be flicked around.

For the first time, Kawasaki is offering the Ninja in a new white colour scheme in India, apart from the cult-status mint green. About 500 units of the bike is currently being offered via Bajaj’s Probiking dealerships across the country. Priced at Rs 3.5 lakh (ex-showroom) it comes scarily close to its older sibling in terms of price, but the Ninja 300 is a niche product aimed at the well-informed. So, if you are one and have the budget then nothing else should hold you back. 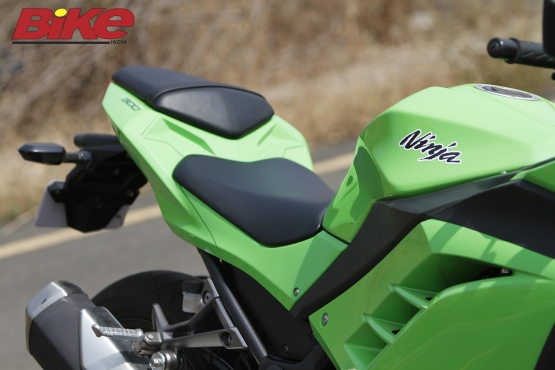 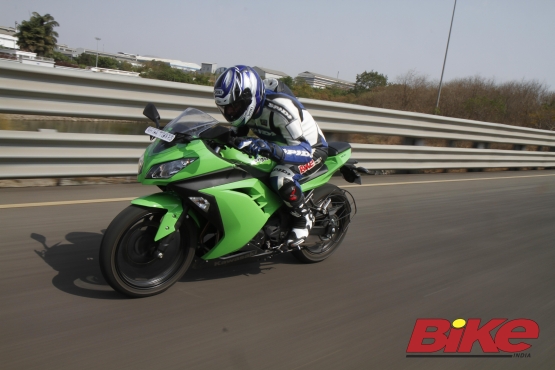 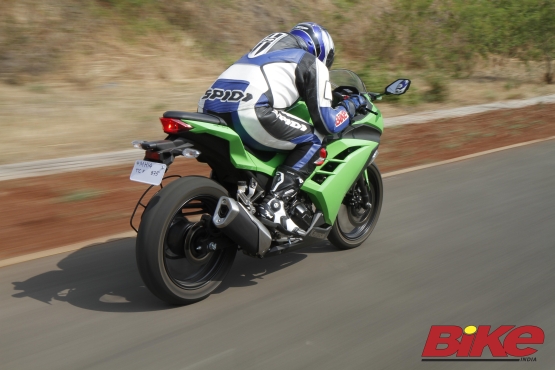 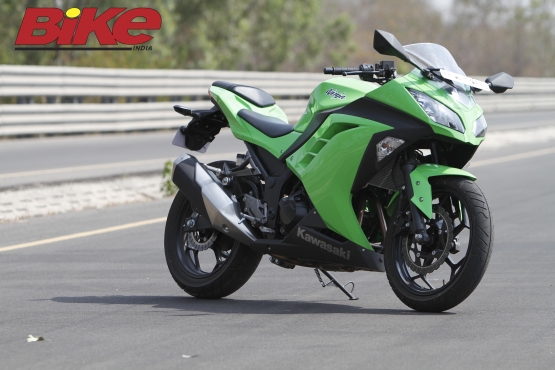 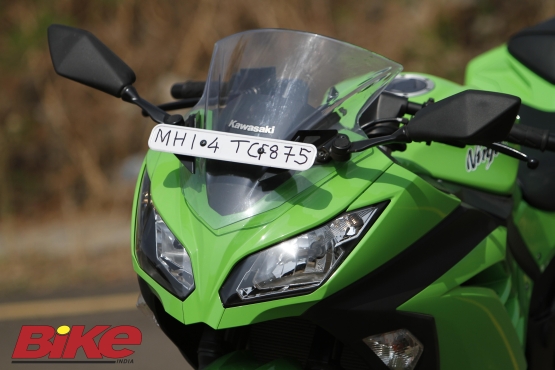