Evolet is a new electric vehicle brand that was launched earlier today by Gurugram-based Rissala Electric Motors. They have begun their innings in the Indian market with the launch of the Polo, the Derby and the Pony. 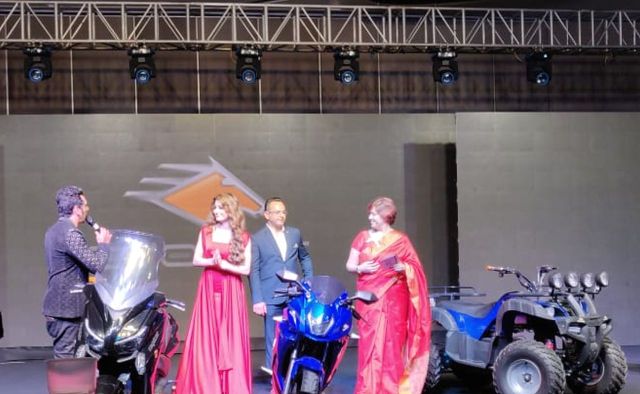 The Pony is the most accessible of the lot and it starts from Rs 39,499 for the EZ variant, going up to Rs 49,499 for the Classic. It draws juice from a 48 V/24Ah battery; VRLA for the EZ and lithium-ion for the Classic. The Polo has two variants; the Polo EZ and the Polo Classic and they are priced at Rs 44,499 and Rs 54,499 respectively. The EZ is equipped with a 48 V/24 Ah VRLA battery while a lithium-ion unit does duty in the Classic. It has a claimed range of 60 km and a top speed of 25 km/h. Meanwhile, the Derby also has two variants – the EZ and Classic – that have a waterproof BLDC motor and a 60 V/30 Ah battery (VRLA for the EZ and lithium-ion for the Classic). They are priced at Rs 46,499 (EZ) and Rs 59,999 (Classic). The range and top speed are the same as thatof the Polo.

At the launch event, our eyes were drawn to the sporty-looking Hawk motorcycle. Evolet claim that the Hawk has a range of 150 km with a top speed of 80 km/h. Powering the motorcycle is a 2-kW BLDC motor that produces a peak power of 3.5 kW. They haven’t announced the price for this bike yet though.

At the event they also took the wraps off a couple of their future products, namely the Raptor and Falcon. The Raptor is an electric maxi-scooter that Evolet claim will be ideal for long-distance commuting. The Falcon is a naked street motorcycle that could take the fight to the Revolt RV400.

The biggest surprise of the day was the Warrior ATV; India’s first all-electric quad bike. They have priced it at Rs 1.40 lakh. Evolet also announced that they expect to launch another product in the following weeks, so stay tuned for that.