Royal Enfield made their presence felt at EICMA 2019 by showcasing their range of motorcycles and custom builds including the Royal Enfield Twins FT flat-tracker. 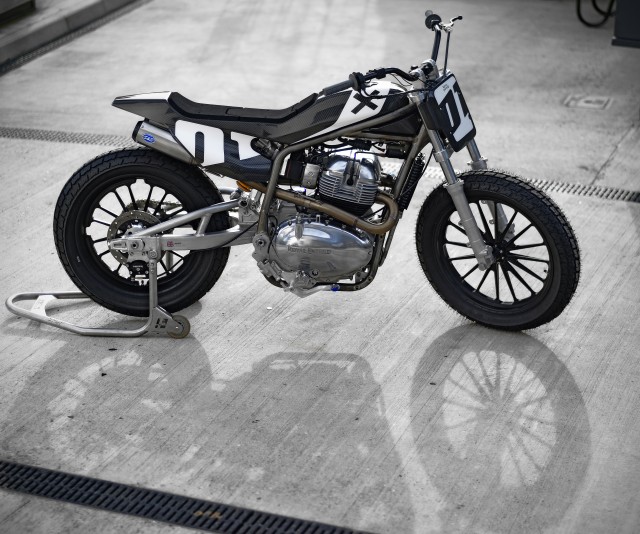 This year’s custom bike line-up had the Nought T GTs, Two smoking barrels, Gallinella and Twins FT which are based on the Royal Enfield 650 Twins. The Indian motorcycle maker also displayed the MJR Roach which has been conceptualised on the Royal Enfield Himalayan. Since the only new bike here is the Royal Enfield Twins FT, (others were showcased earlier at the Wheels and Waves 2019 festival held in Biarritz, France) we’ll keep our focus on the flat-tracker.

Royal Enfield motorcycles are extremely popular in the custom building circuit because the old-school design make them extremely easy to work on and the end product is often awe-inspiring. The same can be said about the Royal Enfield Twins FT – a flat-track-inspired custom build in collaboration with UK-based chassis specialists, Harris Performance. As expected, the Royal Enfield Twins FT boasts of a bespoke frame designed for flat track racing. Employing old-school techniques the frame is brazed steel tube that adds classic appeal to this modern motorcycle. The other cycle parts like the front fork have been developed specifically for this custom bike by Harris Performance. The Royal Enfield Twins FT boasts of fancy RSD rims, Dunlop flat track tyres, S&S exhaust system and a big bore kit. The company called upon their UK technical centre to complete the minimalistic, all-carbon bodywork and it sure does look ready for flat track races. 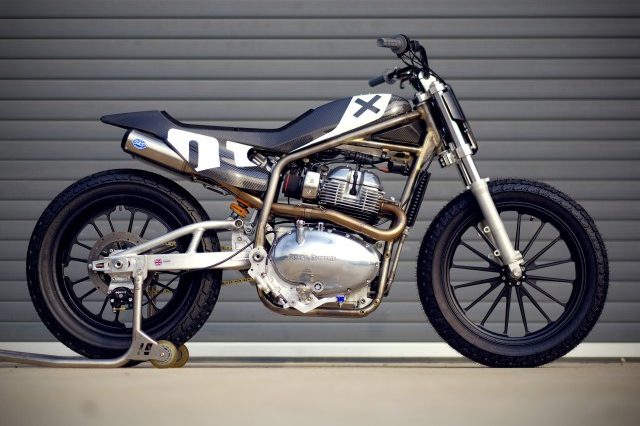 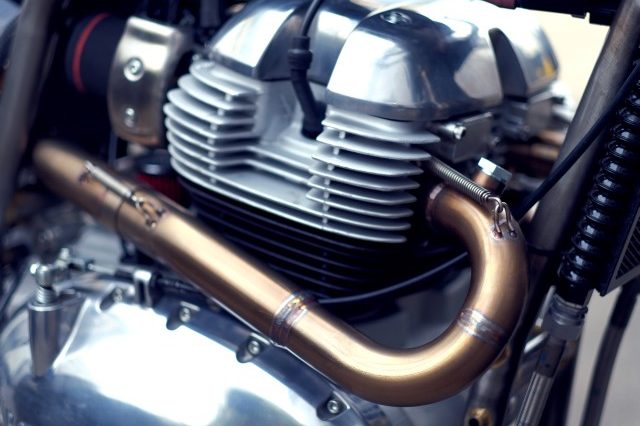 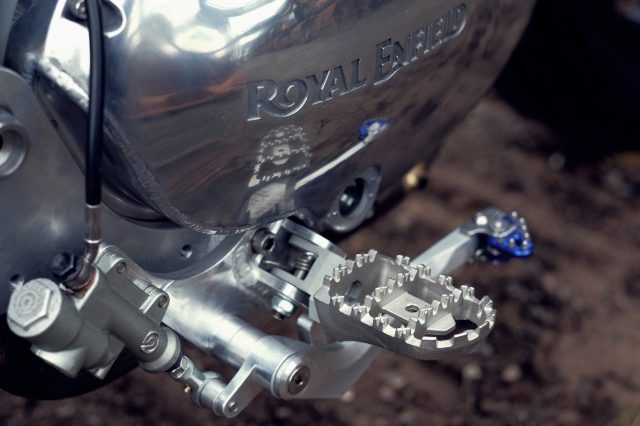 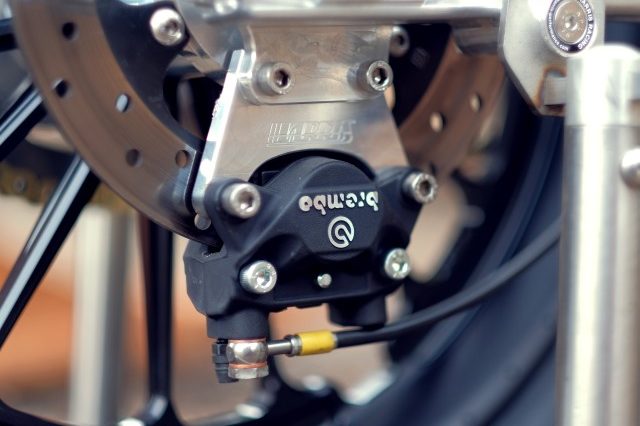 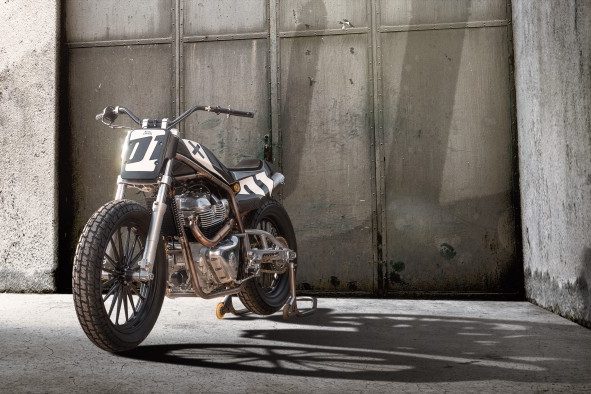 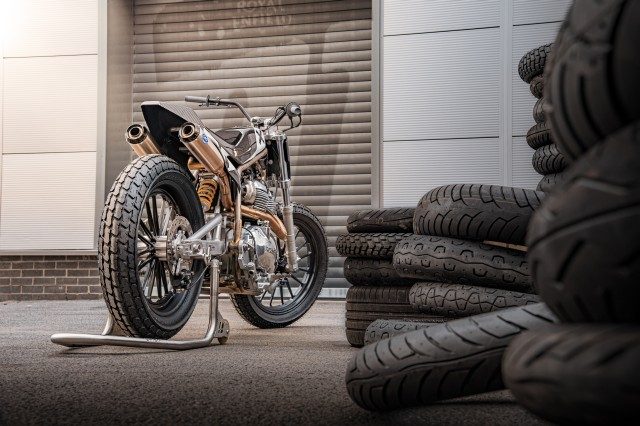 Apart from the custom bikes, Royal Enfield also displayed their range, right from the Classic and Bullet models to the new Bullet Trials and the 650 Twins. Also on the Royal Enfield pavilion are the Himalayan motorcycles sporting three new body colours – Rock Red, Lake Blue and Gravel Grey.