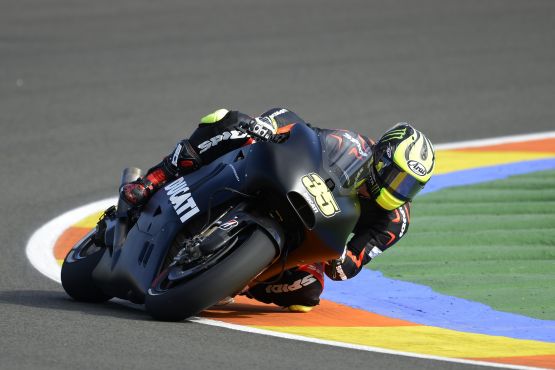 The wait is finally over, as it was expected Ducati Corse have decided to go for the open option with all their four bikes for the 2014 season. This move by the Italian brand means that factory riders Cal Crutchlow and Andrea Dovizioso along with Team Satellite riders Andrea Iannone and Yonny Hernandez will all compete in the Open class, formerly known as the CRT.

As per the MotoGP regulations, the Ducati Corse head honchos have already given this move the green light. Both the teams – Factory and Aspar will be using the same Magneti Marelli ECU in their bikes, but the former ones have to use the Marelli software, whereas factories are allowed to write their own code.

With both factory riders Crutchlow and Dovizioso providing good feedback during the last two days of testing at Sepang, the decision of going ‘Open-Class’ for next year in MotoGP was made official.