Pune based motorcycle brand DSK Hyosung are looking to strengthen their market position in the country by expanding their network down south. The bike manufacturers who slowly but surely built up a respectable market share in the performance bike segment of India, are set to expand their dealer base in Karnataka. This step has been taken by DSK Hyosung as a positive response from bikers and enthusiasts from the city of Bangalore and its adjoining areas.

Speaking to the media, Shivapada Ray, COO, DSK Motowheels said, “We are really excited by the overwhelming response we have got from the super biking community of Bangalore. The reason behind expansion plan in the state of Karnataka is largely driven by the growing popularity of super biking culture as well as the increasing demand for aspirational bikes. In the next one year we plan to sell more than 250 units and hence we intend to expand our dealer base in the state.”

The other big news is that after the favourable response to the beautiful GV650 cruiser, DSK Hyosung is now gearing up to launch its younger sibling, the GV 650 in India. Powered by a a four-stroke, V-twin, 249cc oil-cooled and fuel-injected engine that puts out 28PS of peak power, transferred to the fat rear wheel via a 5 speed transmission. The seats for the pillion and rider are split, and there’s an abundance of chrome, from the headlight to the handlebars to the exhaust. Braking duties are handled by a single disc brake up front, with drum type rear brake. DSK Hyosung will be launching the GV250 in the country within the next two months, and we reckon it will be priced somewhere around the Rs 2.8 lakh mark. 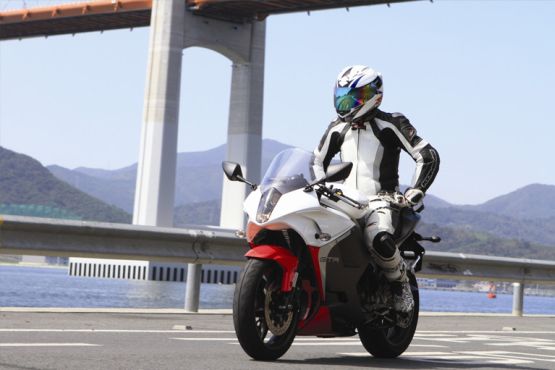 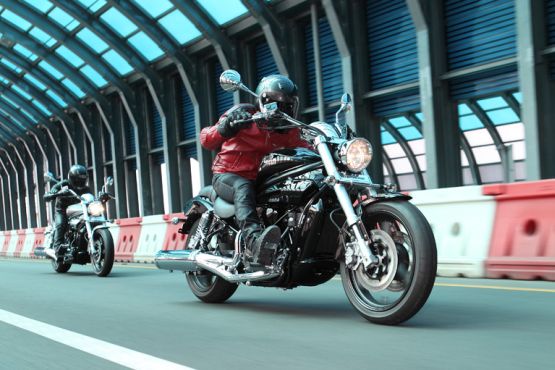 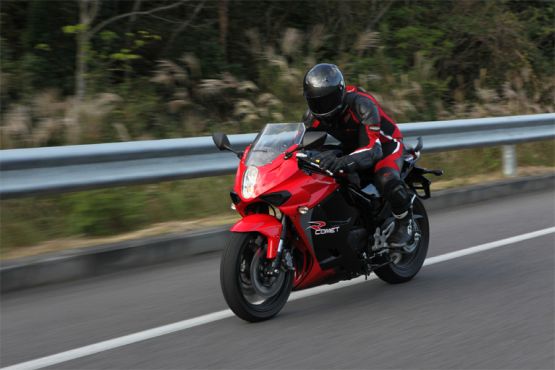