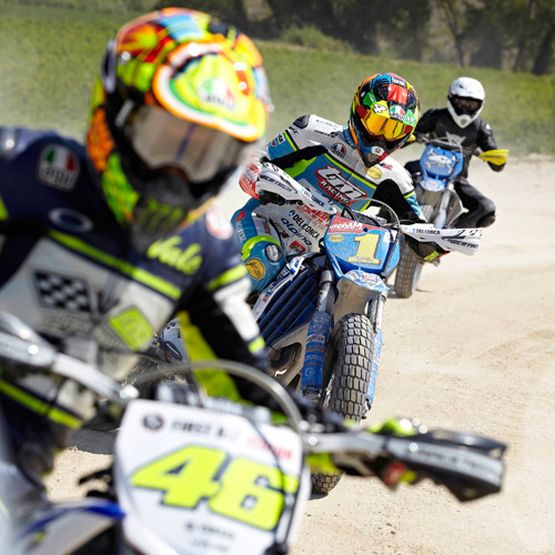 True blue Rossi followers know the Doctor’s inclination towards off-roading and even though Rossi has won no less than 9 road-racing world titles, the Motor Ranch is his dream come true and he would always be happy to jump on a dirt or flat-track bike.

Far from being a proper race, Rossi having his rider friends accompany him on the track of the Motor Ranch is all about sharing the passion for two-wheeled adrenaline in a well-organized scenario and getting to know more about this fascinating sport.

Looks like the Doctor surely knows all about ‘having good company’.