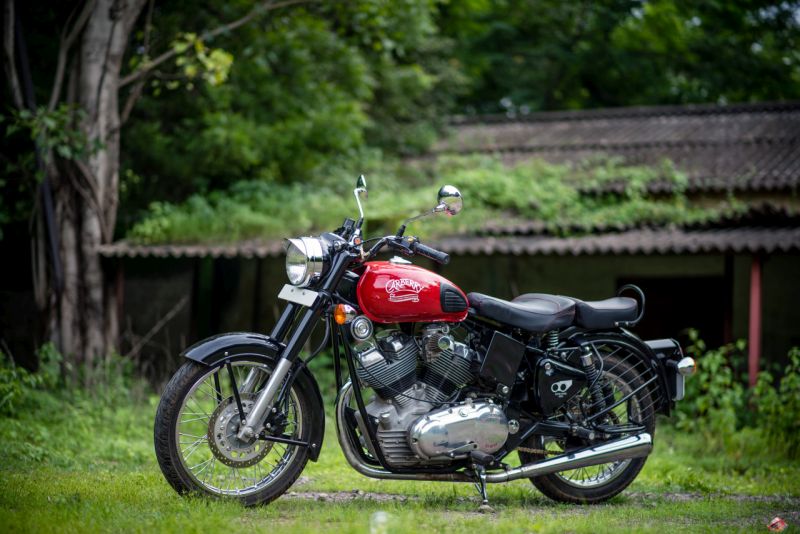 An Indian-made V-twin is fast approaching, courtesy of Paul Carberry. Yes, I am talking about the ‘Carberry Double Barrel 1000’. It has been launched in India at Rs 7.35 lakh (ex-factory). Never heard of Carberry? Read on for a brief lesson and more details.

Carberry is an Australian gentleman who was struck with the idea of combining two British single-cylinder engines to form a V-twin. As he gained expertise and worked towards his goal, single-cylinder British motorcycles were on the way out. This is one of the reasons why he chose to work on the Bullet 350 and 500 which were still available in India. Over time, he managed to realise his dream and set up shop in Australia with the help of his friend, Ian.

The project took close to three years due to financial problems, among others, but Carberry managed to modify the frame and fit the engine in it. Some time later, the factory was up and Carberry was building and delivering motorcycles for clients in Australia. Soon, he was showered with orders faster than he could build the motorcycles. However, due to investor problems, he was forced to bring his Australian operations to a close. Enter Jaspreet Singh Bhatia, a businessman from Chhattisgarh, who made a deal with Carberry and formed the company, Dream Engines and Modifications (DEM). Carberry and his wife relocated to India earlier this year and Carberry Motorcycles set up shop in Chhattisgarh.

Fast forward to the present and Carberry Motorcycles are accepting online bookings for their 1,000-cc motorcycle at Rs 1 lakh. So, what do you get for all that dough? The massive V-twin is expected to produce close to 53 PS, and twist to the tune of 82 Nm of peak torque. Unlike the previous iterations, this motorcycle features an all-new double-cradle frame made exclusively for the Carberry Double Barrel 1000. A 35-mm telescopic fork and twin gas-charged shock absorbers with adjustable preload take care of suspension duties at the front and rear respectively. Braking is taken care of by ABS-equipped single discs at both ends of the motorcycle. 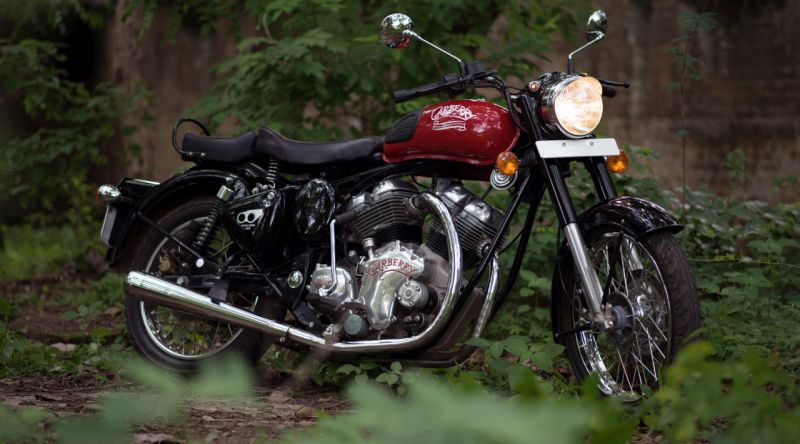 Bike India got in touch with Jaspreet Singh Bhatia and he confirmed that the motorcycle is in its final stages, awaiting certification from the ARAI (Automotive Research Association of India). He also added that the company is on the lookout for ARAI-certified suppliers so they can get the bike on the road as soon as possible. Commenting on the UCE construction and five-speed gearbox, Jaspreet has assured us that the engines are developed from scratch at the factory and bear no connection to Royal Enfield.

After watching the videos (below), we are itching to get our hands on this motorcycle. Stay tuned for a first ride.