The BS VI-compliant Honda Dio has been launched in India for a price ranging between Rs 59,990 and Rs 63,340 (ex-showroom prices). 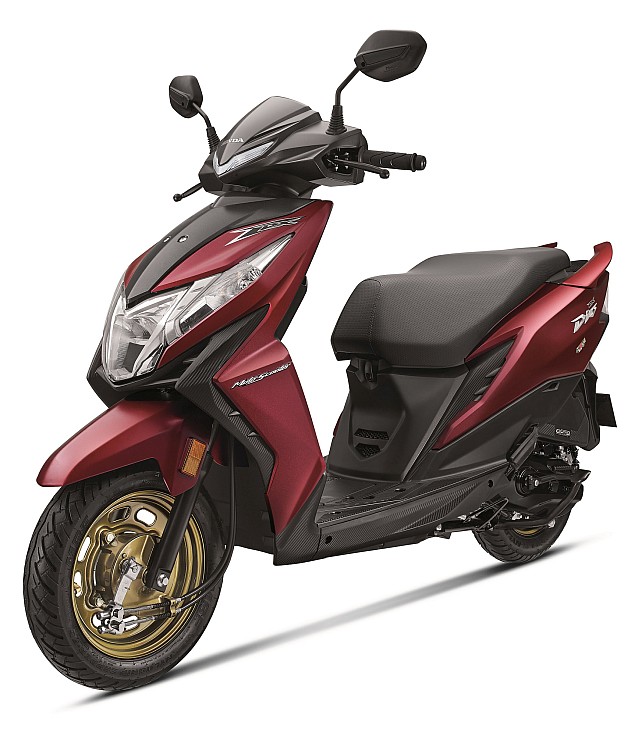 This year marks 18 years since the Honda Dio was launched in India. An iconic scooter in the Indian market that appealed to the youth with its sporty and stylish design, the scooter has now received a BS VI-compliant engine alongside a bunch of updates. The new Dio will be available in two variants, Standard and Deluxe. The Standard variant will be offered in four colour options: Matt Axis Grey Metallic, Candy Jazzy Blue, Sports Red and Vibrant Orange. The Deluxe variant, on the other hand, will be offered with three colour options: Matt Sangria Red Metallic, Dazzle Yellow Metallic and Matt Axis Grey Metallic.

The other updates on the BS-VI Honda Dio include new switchgear, optimized storage space, side-stand indicator with engine cut-off, fully-digital console with advanced information display, an LED headlamp, and an external fuel-filler lid. These are the same features that we have seen on the BS-VI Honda Activa 125. Honda have said that the new Dio also gets a three-step adjustable rear suspension and that the wheelbase of the scooter has been increased by 22 mm for a more stable ride.

Speaking on the launch of BS-VI Dio, Yadvinder Singh Guleria, Senior Vice President, Sales and Marketing, Honda Motorcycle and Scooter India Pvt. Ltd. said, “Launched in 2002, Honda’s Dio merges the sporty aggressive looks of a motorcycle with convenience of a scooter. With more than 33 lakh happy customers, Dio is not just one of the highest selling scooters in the country but also the number one exported scooter from India. The new BS-VI Dio, with its new sporty aggressive design and advanced technology, will create new excitement among fun seeking youngsters. We have opened the bookings today at Honda 2Wheeler dealerships across India. The BS-VI Dio will start arriving at our network next week onwards and the deliveries will start thereafter.”

We await more information on the BS-VI Honda Dio and of course a ride on it to tell you all about how it fares on the streets.