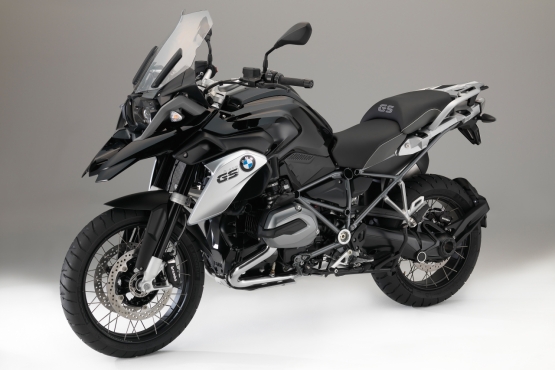 BMW Motorrad have announced a series of updates to their range for the next model year, and have also announced the hot, new R 1200 GS TripleBlack Edition.

The TripleBlack version of the R 1200 GS – arguably the most popular all-purpose tourer globally was created in response to customer requests for an all-black colour theme. With its mostly black paint finish, the TripleBlack exudes a meaner, more aggressive character, and, to some extent, even looks leaner; though we all know how big it really is!

The areas which receive the Black treatment are the central fuel tank cover, fuel tank side-panels and front mudguard, which are finished in Black Storm Metallic. Together with black anodised forks, they give the legendary travel enduro bike a more masculine touch. Further accentuations come from the front and rear frame in Agate Grey, which is in combination with the engine, gearbox and swing-arm. The TripleBlack also gets the cross-spoke wheels with black gloss rims from the bigger R 1200 GS Adventure, which were previously available only as special equipment. A new black-grey seat with striking ‘GS’ (Gelände-Straße) designation rounds off the styling changes for the new R 1200 GS TripleBlack.

The engine is the same 1,170-cc Boxer-twin motor with 125 PS at 7,750 and 125 Nm at 6,500 RPM, more than ample for this 240-kg enduro/touring motorcycle. Dynamic changes for 2016, which span across the model range, include ABS Pro, which is now banking-optimised for greater stability in the bends. The Dynamic Brake Light also makes an appearance in EU markets, giving road users a quicker, faster-decipherable alert under panic braking with its fast-flashing function.

We wish to see the TripleBlack launched in India as well. For now, the R 1200 GS is available from Rs 18.60 lakh, while the larger Adventure is available for Rs 20.75 lakh, both ex-showroom. 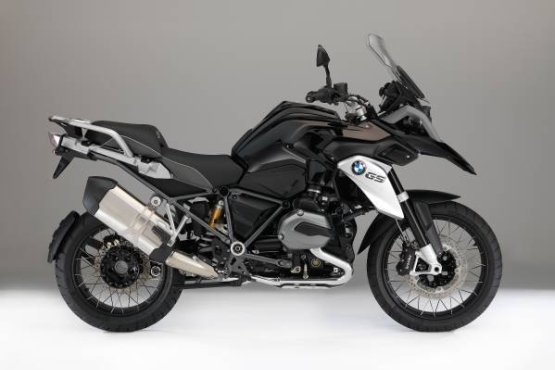