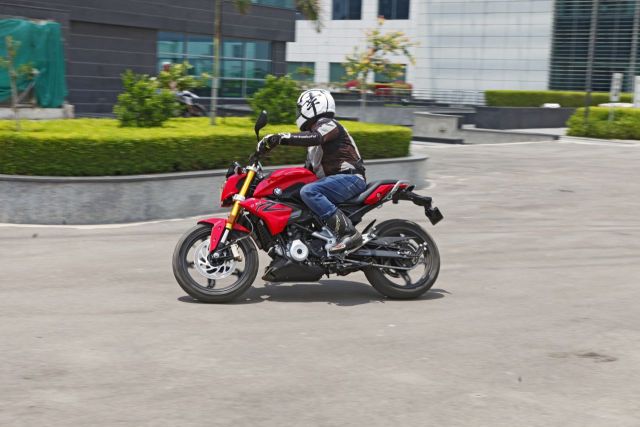 We’ve waited too long for this Indo-German bike… but, thankfully, the wait has been worth it. The two bikes that make up the BMW G 310 series are the first models from the BMW Motorrad and TVS Motor Company alliance. Not to mention that these are being made right here in India and catering to the world.
BMW motorcycles have a certain reputation, be it their build, quality, or their rock-solid reliability. And that’s probably the reason behind the delay in the production of the G 310 bikes — might as well keep the customers waiting, rather than supply sub-standard bikes. But now that sales have begun in full swing, it says a lot about how well Indian craftsmanship has evolved over the years. (Also read: BMW G 310 R and G 310 GS launched in India)

From the time the announcement was made about the India-made bikes back in 2015, we have waited with bated breath to ride the smallest BMWs in the company’s recent past. We’ll talk about the G 310 R, the naked roadster first, but you can read our review of the much anticipated G 310 GS adventure tourer here. Both bikes have plenty of common parts, right from the frame, swing-arm, and brakes. The suspension is also similar, barring the fact that the GS fork has greater travel and the rear monoshock unit is slightly longer. Even the engine is identical: a four-valve, 313-cc single-cylinder engine that makes 34 PS at 9,500 rpm and 28 Nm at 7,500 rpm. 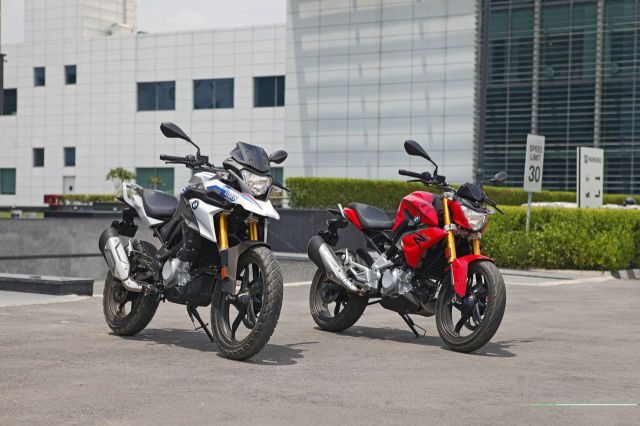 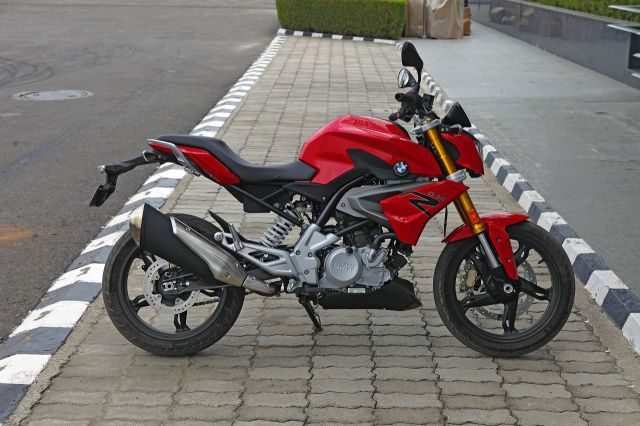 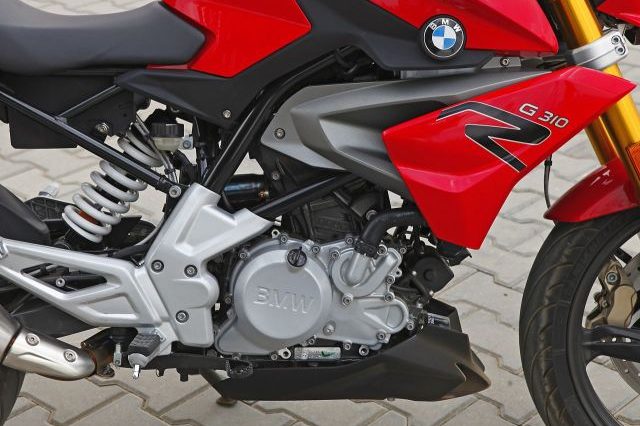 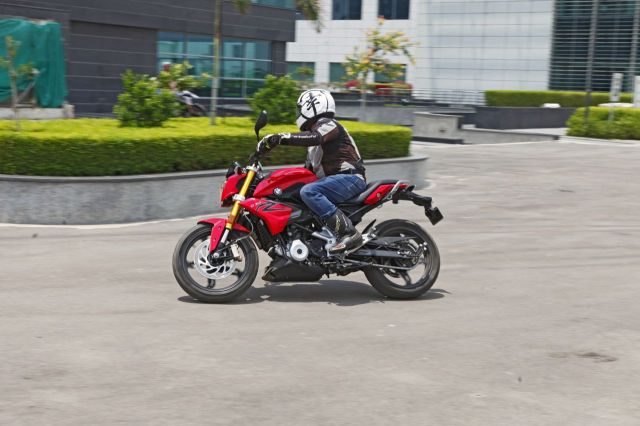 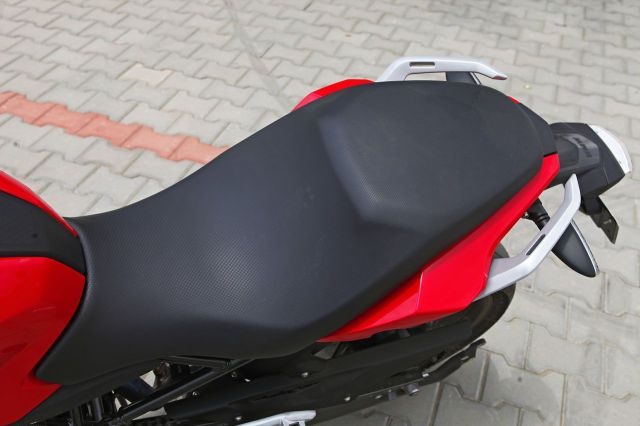 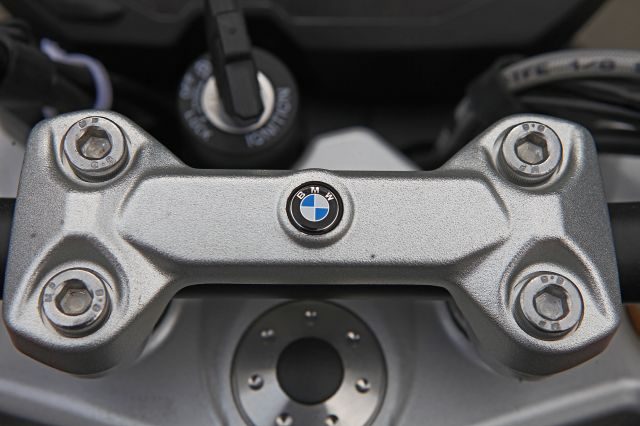 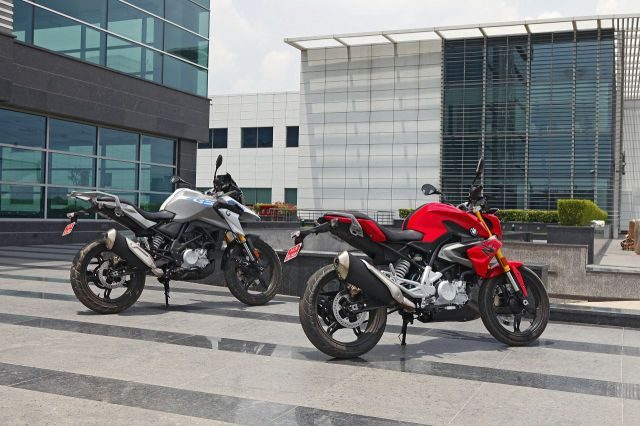 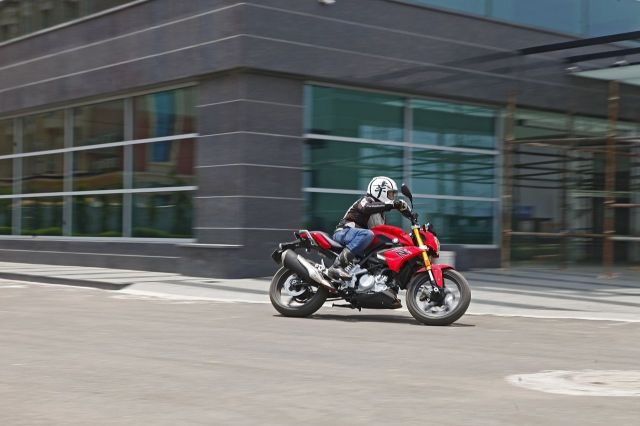 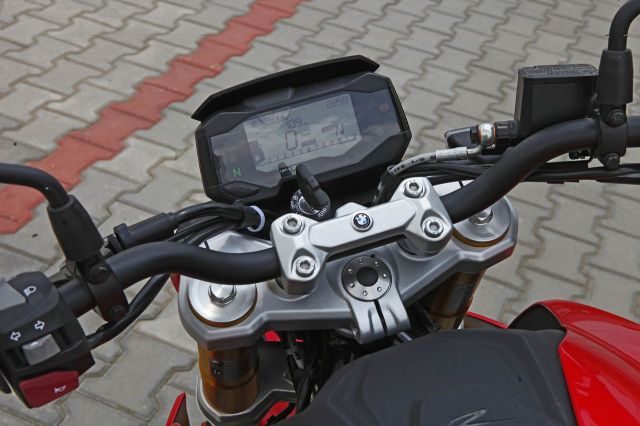 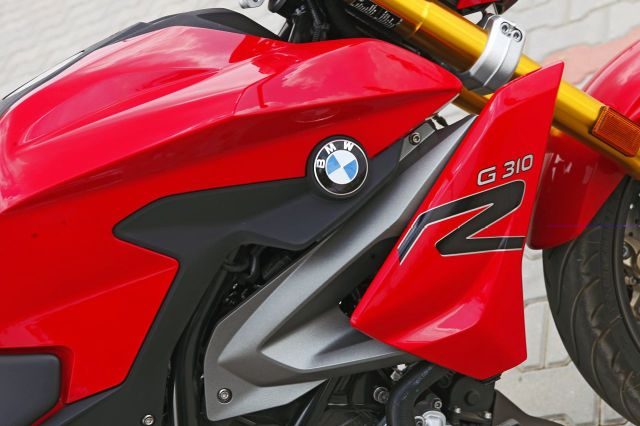 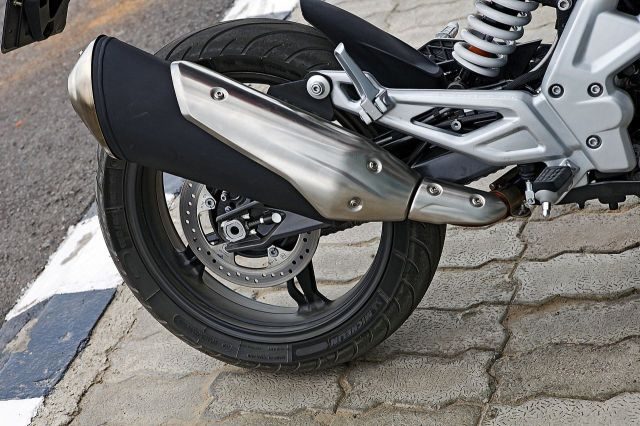 The R gets a sculpted street-bike design and has a sportier riding position – both inspired by the BMW S 1000 R. The handlebar and foot-peg geometry ensures that you are slightly leaning forward and that’s one of the reasons that makes it so engaging to ride. There’s hardly any extra piece of panel or bodywork, which lends the R a 158.5 kg kerb weight, a full 11 kilos lighter than the G 310 GS. This gives the R sharper riding dynamics. The saddle height at 785 mm is also lower, which makes it very manageable and edgier than its sibling. The G 310 also gets a conventional single-unit digital instrument cluster with large speedo digits and a rev bar running at the bottom. It also offers basic info like fuel gauge, range, time and selected gear at a glance, and there’s even a button to deep-dive into the data further.

The suspension set-up is on the firmer side, with a shorter travel that makes it pretty nimble and easier to manoeuvre. Though there weren’t as many bends and corners on our test route, we can safely say the naked street bike feels more neutral to flick into a corner than the GS. The well sorted dynamics are complimented by the linear power delivery of the 313-cc single. There’s a good spread of torque and even in fourth gear, there’s decent drive even at lower speeds. This gives the BMW a rather flexible nature, so you can ride it casually within the city and when desired can go redlining on empty roads in a stress-free manner. The shifts from the six-speed gearbox are effortless even when the engine is revved out. But the G 310 R misses out on a slipper clutch, which, for its asking price, is sorely missed.

Other issues with the bike include the usual vibrations that most large capacity single-cylinder bikes have, but the counter-balancer ensures that it’s not bothersome. The one thing BMW should improve is the engine clatter during low revs, which is essentially the backlash noise of the oil- and water-pump drives. The sound fades away as you speed up though. 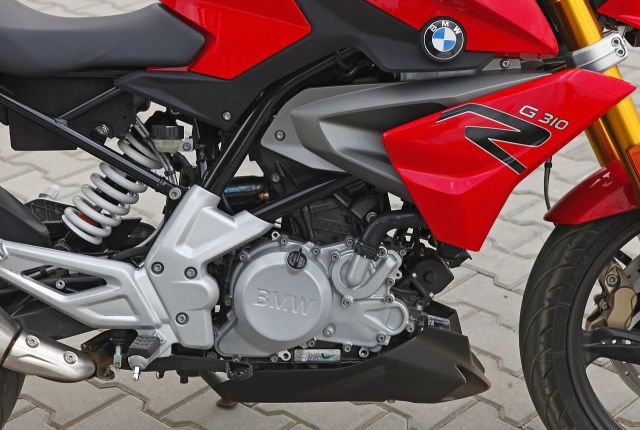 The exhaust note is very similar to the TVS RR 310, which also runs the same engine and probably identical pipes. As you rev harder, the roar becomes sportier and doesn’t sound like usual single cylinder bikes. It’s a quick bike to ride and being lighter than both the GS and RR 310, it feel faster than them. It still isn’t the fastest in the segment, but remains exciting enough. It rapidly gathers pace and reaches 80 km/h in no time and from there it takes about the same time to reach 120 km/h.

You can ride it all day holding the speed without stressing the engine or generating unbearable heat.
The R comes with 17-inch wheels shod in quality rubber courtesy Michelin Pilot Streets. During this short test ride, we didn’t get an opportunity to push the Michelin tyres’ grip to the limit, but they did hold on to the tarmac with a fair degree of confidence. The route did have more than its share of poorly maintained roads and it soaked in most of the road undulations; in fact, the BMW makes for a pretty comfortable city ride. The well-padded saddle further aids this cause. The single-piece seat has a step-like shape which nicely nestles the rider during hard acceleration. It’s just the larger potholes that the G 310 R really detests and that’s something the baby GS is more equipped to manage. The bike also gets full-time ABS as standard, though this can’t be switched off as on the G 310 GS.

That brings us to the price of the bike. The G 310 R costs Rs 2.99 lakh, while the G 310 GS is priced at Rs 3.49 lakh (both prices ex-showroom). This makes the ‘R’ dear by about Rs 1,000 more than the Kawasaki Ninja 300 ABS and another Rs 50,000 over the KTM 390 Duke. There’s no denying that the BMW bikes are pricey. The German company is asking for this kind of money because they seem to be confident about their top-class quality and reliability that every BMW bike brings to the table, including the G 310 range. These are well-thought-out models and there’s a lot of planning that has gone into the development. During the day-long ride we did appreciate the premium feel of all the switches and buttons. And as you spend more time with the BMW, you will truly grow to appreciate the detailing and the brilliant use of different textures. The overall touch, feel, and general quality are unlike any other motorcycle being built in India currently. It has not been built for a price and you won’t spot any major cost-cutting measures either.

If you are looking at the G 310 R, then you have probably already considered all the pros and cons about it and its competition. It remains a likeable and sturdy bike. Well-built, like most things German, and has sporty dynamics coupled with a very tractable engine. Remember, the money you’re paying is for a scaled-down BMW, and carries all the build-quality and class of the Bavarian brand.