The Bajaj Pulsar 125 was launched in August 2019 priced at Rs 63,000 (ex-showroom) making it the most affordable motorcycle in the Pulsar range. 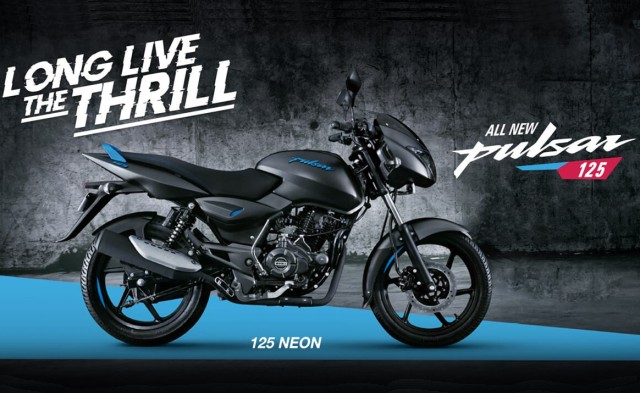 Currently, Bajaj offers three variants of the Pulsar 125, the basic model with drum brakes costs Rs 64,000, while the disc brake version of the Pulsar 125 is priced at Rs 66,618. The top-end Bajaj Pulsar 125, available in limited cities only, comes with split-seat, stylish body decal, an underbelly cowl and is carries a price-tag of Rs 70,618 (all prices ex-showroom).

The 125-cc Bajaj rides on the legacy of the Pulsar brand which along with its competitive pricing has helped the bike achieve 40,000 unit sales in just about two months. The design of the Pulsar 125 takes inspiration from its elder sibling, Pulsar 150 which has been popular with the buyers looking for a performance commuter within a budget. Powering the Bajaj Pulsar 125 is a 124 cc air-cooled single that breathes through a carburettor to produce 12 hp and 11 Nm and comes mated to a five-speed gearbox.

The second quarter for the financial year 2020 was a difficult quarter for the Indian two-wheeler industry. Bajaj Auto was no exception to this trend and reported a decline of 14 per cent and Bajaj says that in billing terms, the decline was 21 per cent as compared to the same period in the previous year. Having said that, Bajaj did manage to perform well in the 150-cc-plus segment, where the Pulsar and Avenger range sold over 1.74 lakh units in Q2/FY20.