Even though we don’t admit it freely, we do love it when car manufacturers occasionally venture into the two-wheeled world. The latest to join this bandwagon is Audi. Seems like, after getting hold of Italian motorcycle brand Ducati, the German manufacturer have started to like bikes all the more. Aptly named as the Audi Motorrad, the motorcycle is a creation of brothers and French designers, Thibault and Marc Devauze and have been making the rounds of the internet as of late. Audi have released some sketches of the sportsbike, but as of now there has been no official word on whether it’s only a concept or will ever be a production reality.

One look at the Audi Motorrad and you can clearly see design influences of the German brand – sharp lines, futuristic concept, aggressive styling and that amazing German aura clearly make this a concept splendid eye-candy. Many automotive bloggers and enthusiast alike think of it as an electric bike which is stated to be powered by a Ducati Desmodromic 850cc L-twin Ducati engine with a dual clutch design and is said to utilize Audi’s Ultra lightweight frame technology. Carbon fibre and advanced alloys will all make up this prototype and with Ducati being in Audi’s fold, expect the same superbike DNA in this offering. We just hope that this Audi Motorrad concept turns into reality, giving other motorcycle manufacturers a run for their money. 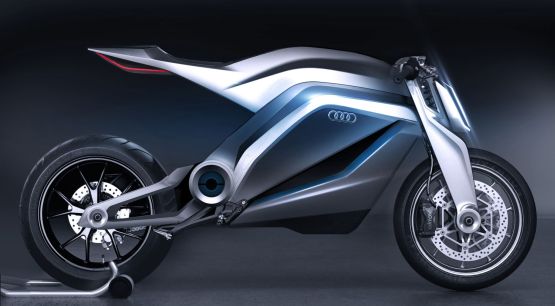 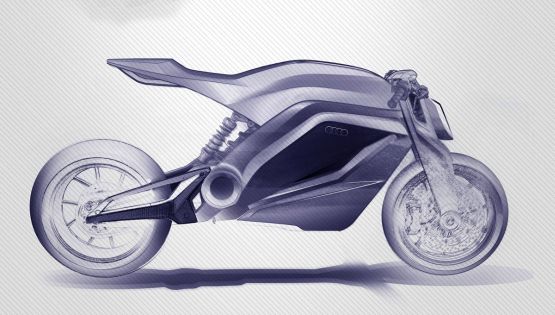 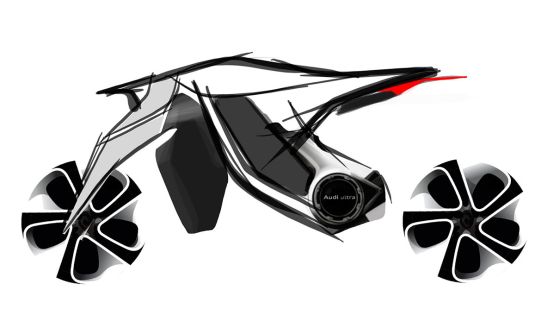