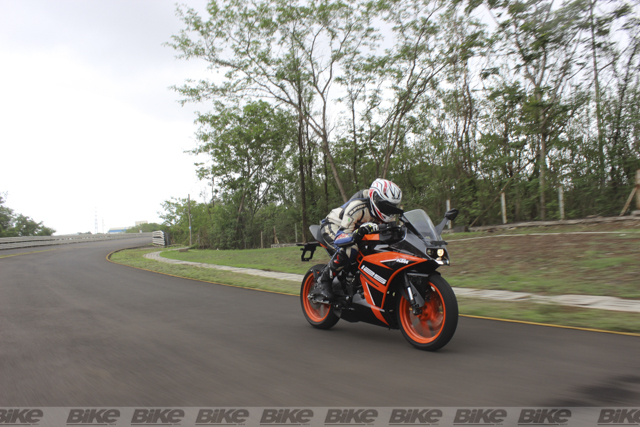 We were in Chakan recently to ride the new 2019 KTM RC 125, which would rival the well-loved Yamaha R15 V3. Here is our first ride review of the baby RC and what it has in store.

The bike is aimed at the younglings who, finally come of legal age and yearn for their first motorcycle to be a faired monster where they can scrape their knees on tarmac. Parents however, care little for such immature drama and are all for ones well-being, safety and health. Hence, the compromise is made with a small capacity motorcycle which one could learn the trade while being comparatively safer. A well wise decision. It is in this department that the Yamaha R15 ruled, beating the KTM RC 200, which may have been a little too much for a total beginner. However, KTM has set out to change this and a short while ago launched the 125 Duke, and now have introduced the faired sibling, the new KTM RC 125. 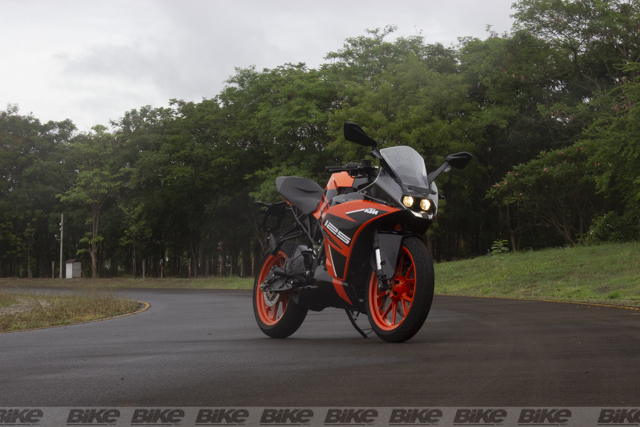 In the looks department, the KTM RC 125 is identical to the bigger RC 200, albeit with new decals. No bad thing here, as the RC series in India sure are quite stunning looking. Subjective though. You get the same chiselled and cut body work, twin projector headlamps, triple clamp clip-on handlebars, and instrument cluster. You get the same seat which is comfortable and that pillion seat continues to look like a rear cowl, which is surprisingly comfortable, unlike the baby Duke which would make a yoga instructor need physiotherapy. As we mentioned earlier, the bike is identical to the RC 200 sharing its trellis frame chassis and dimensions. This means that KTM have not skimped out on the hardware, in a way making the KTM RC 125 punch above its weight category. 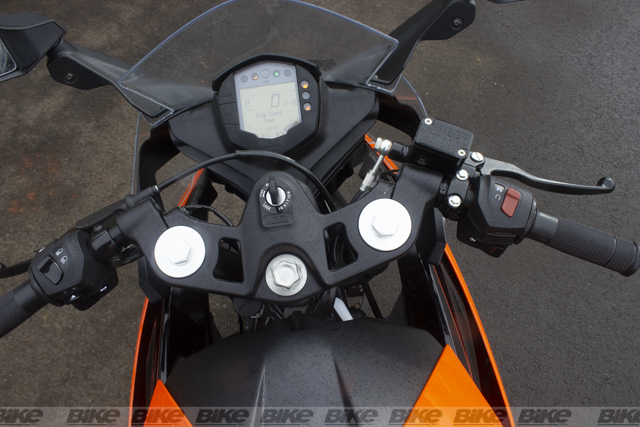 The RC 125 is not a powerful machine though, with no hooligan-like outburst when in the saddle. Uncharacteristic of KTM but great for those who are just learning the trade. The bike makes a mellow 14.5 PS which comes in at a high 9,250 rpm and 12 Nm also at a fairly high 8,000 rpm, which is close to the motorcycles red-line. This hands you very muted acceleration, making it difficult to lose control. Instead the 124.7-cc single-cylinder, four-valve, DOHC, liquid-cooled, fuel-injected engine mated a six-speed gearbox which felt quite nice, with no reports of any false shifts whatsoever. The engine is linear and very commuter friendly when used in the real world, barring the highway which even though the baby RC can manage highway speeds, it is not in the most comfortable way. At the track in Chakan we recorded a top speed of 123 km/h, which had us strain the engine a bit and being in a full tucked riding position. Speeds of about 90 – 100 km/h seemed to suit the RC 125 a lot better. Yes, you do feel a few vibes too, however, only at the higher end of the rev-counter. These vibes should not matter too much too, since this bike is aimed the entrant to sports bikes – young men and women, who relate vibes to feel at music festivals and other ‘auras’. 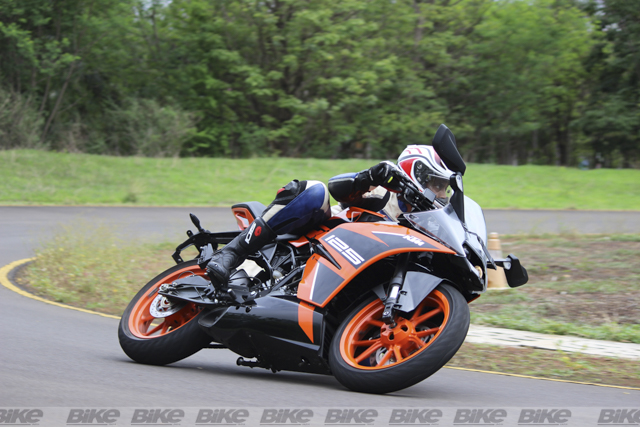 The KTM RC 125 has the same braking set-up as its bigger sibling the RC 200, however with only single-channel ABS for the 125. The bike gets disc brakes for both the front and rear, 300-mm and 230-mm respectively. You find the same ones on the RC 200 too, and they do the job just fine here. Though they may be a little spongy at first, we never found ourselves in a crisis even when pushing the baby RC. Ground contact is made by 17-inch cast alloy wheels draped in MRF Revz tyres, which even on the damp track gave more than enough traction to be leaned well over. No complains there. 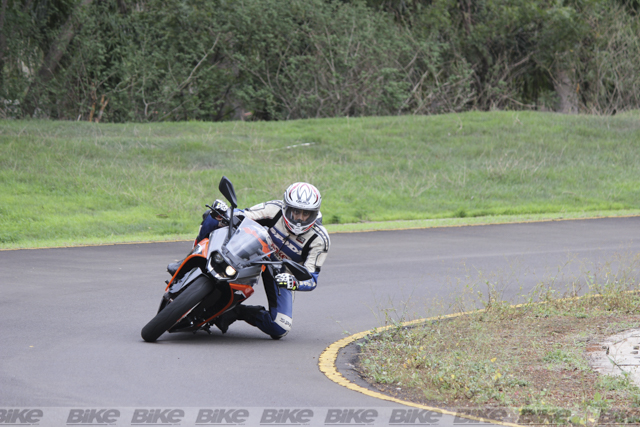 While in the saddle it was apparent that the RC 125 is indeed a comfortable place to be. Sports bikes generally are well focused and would be a bit cumbersome in the real world. Not the case here, as the RC was comfortable even when lumbering on in the middle of the rev range through the gears. I made it a point to at times, to take a few detours over curbs and allowing the bike to go of the track and back on. This was to give us an idea of how the suspension would handle our not-so-smooth roads, and happy to say here that at no point did it feel harsh. Up front you get 43-mm upside-down forks, that seemed stiff at first but gave good feedback and confidence with the front wheel. The rear suspension has a ten-step adjustable mono-shock which was on its softest setting, and faced no issues, either with soaking up any bumps or staying planted through corners once the pace had quickened.

Check out our picture gallery below: 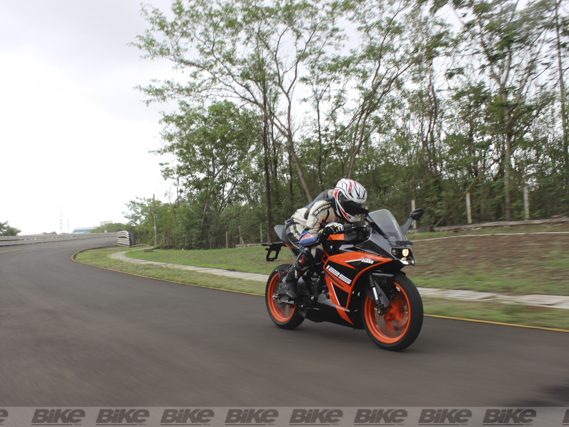 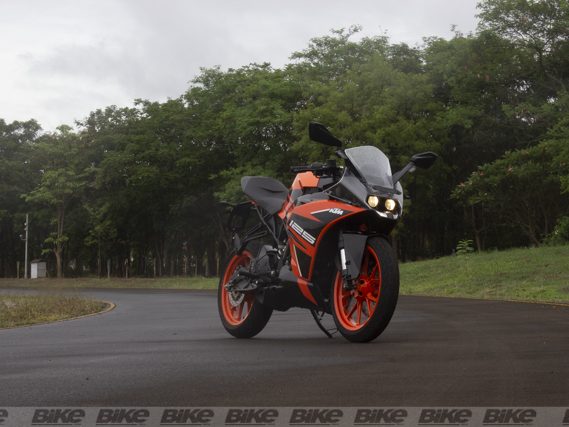 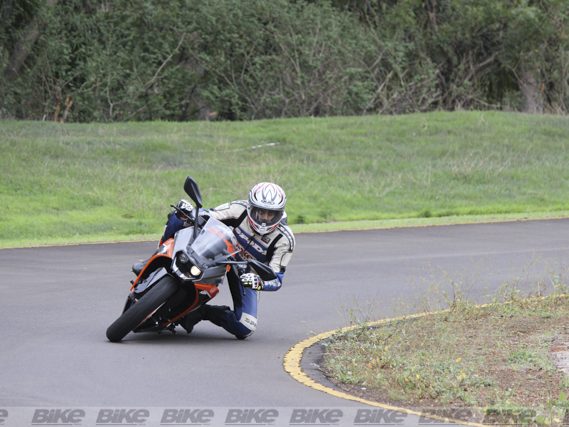 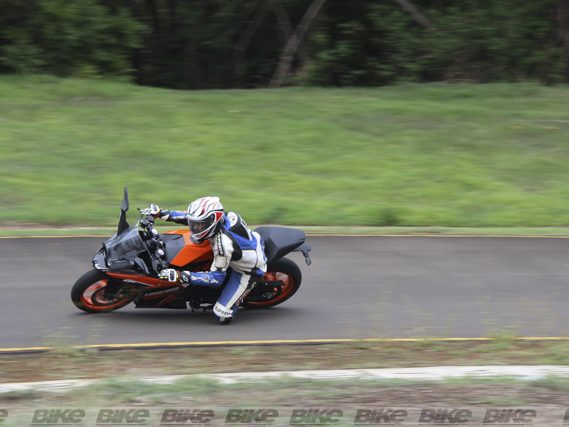 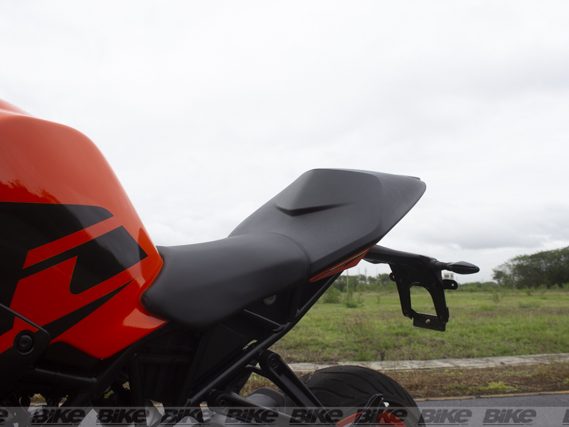 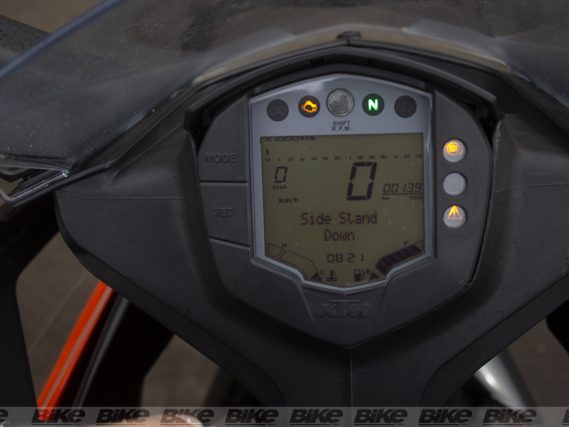 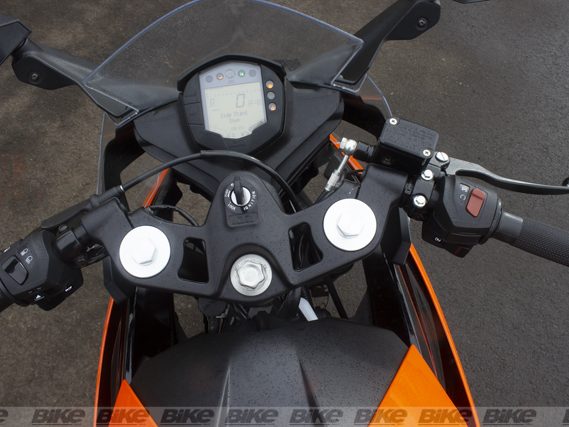 Well, at a price of Rs 1.47 lakh ex-showroom, the KTM RC 125 is Rs 7,000 more expensive than its main rival the Yamaha YZF-R15. The Japanese rival in question is cheaper, faster, and lighter than the RC 125, which does put KTM in a spot here. However, the RC 125 is almost identical to the RC 200 component wise, it is easier to ride for a complete beginner with great ergos and more comfortable when riding in the real world. This sure is a great time for the younglings now, as they now have two brilliant choices for the baby sports bike market. 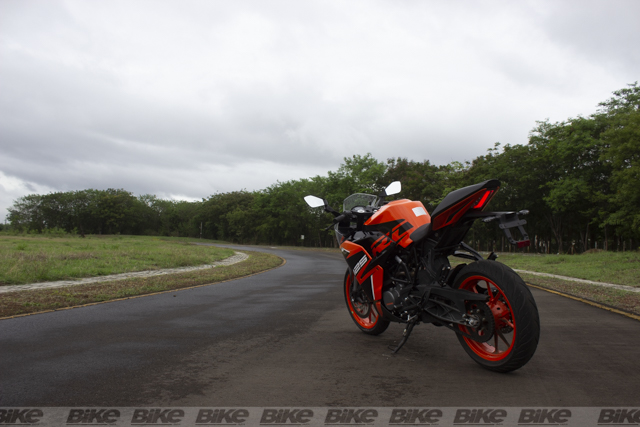