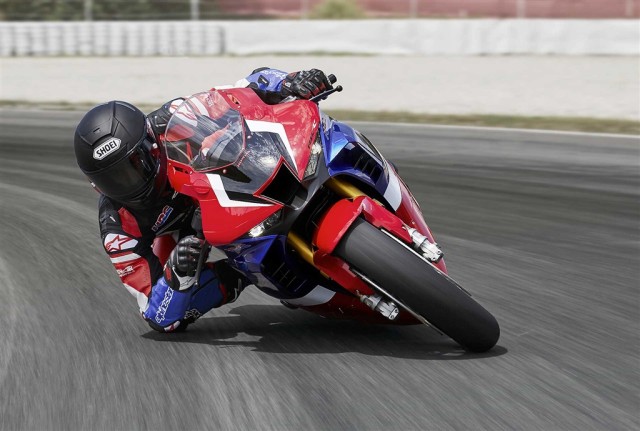 We all know that adding an ‘R’ to a motorcycle’s name means it’s the race-inspired sportier version, and Honda has taken this to another level with their flagship sportsbike, adding all of four ‘R’s in the name. And this does not include the one in the Fireblade. Showcased at the EICMA 2019, the Honda CBR1000RR-R Fireblade is a completely new motorcycle and is deeply inspired by the RC213V MotoGP.
It looks stunning, to say the least. The sporty bodywork has been designed to offer race-bike -like aerodynamic performance, thanks to the MotoGP-derived winglets that generates downforce during hard acceleration. The new RR-R gets the most powerful in-line four-cylinder that Honda has ever made! It is more compact than before and the fancy stuff includes RC213V-S’s combustion efficiency, low-friction technologies and optimized Selectable Torque Control (HSTC). The Honda CBR1000RR-R’s inline-four is a staggering 215 hp at 14,500 rpm and 113 Nm of torque at 12,500 rpm and the improved Throttle By Wire system claims to offer a smoother response. Apart from the three riding modes, the electronic package packs in adjustable Start Mode as well. 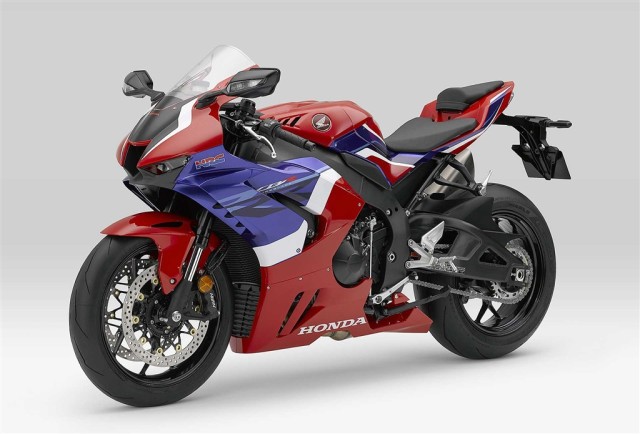 It’s not just the engine that’s new, as the Honda CBR1000RR-R bring a brand-new frame and RC213V-S-inspired, longer aluminium swing arm and six-axis Inertial Measurement Unit(IMU). Parts like the brakes have also been updated with new Nissin calipers and 330-mm discs backed by two-level ABS. A colour TFT display ensures you get all the necessary data at a glance, while the Honda Smart Key creates a hassle-free ride experience. While features like the three-level Honda Electronic Steering Damper (HESD) and Showa suspension kit that promises inspiring stability and precision.

Those seeking for more exclusivity and performance can opt for the Honda CBR1000RR-R Fireblade SP edition which gets premium parts like the electronically adjustable Öhlinssuspension which gives the bike race-bike like track manners. With Honda Motorcycle and Scooter India’s mega plan of sprucing up the Honda Big Wing chain in India, we expect the CBR1000RR-R to come to the dealership next year. (Also Read: Honda To Make Big Bikes In India) 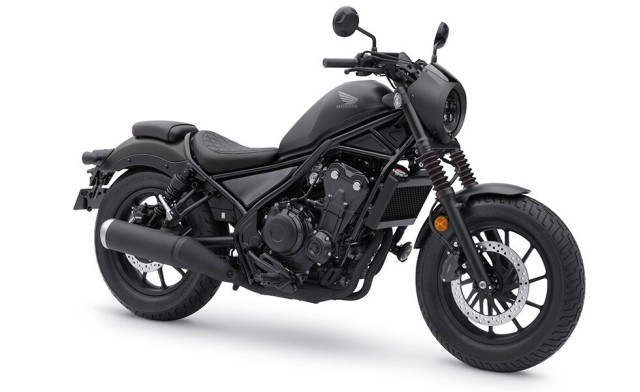 Honda CMX500 Rebel
The Honda CMX Rebel 500, the entry-level cruiser from Honda, becomes easier to manage with the new updates on the 500-cc parallel twin. The cruiser now gets a slipper clutch, a new exhaust system, revised suspension and more comfortable seating. The features also include distinctively redesigned round headlight and a new gear position indicator. The Honda Rebel is also now Euro5 compliant, making it apt for India, if Honda Motorcycle and Scooter India consider bringing the bike to our market. The Honda CMX500 Rebel S Edition comes in Matte Axis Grey Metallic with a new set of factory-fitted accessories, including headlight cowl, all-black fork covers and gaiters, plus a diamond-stitch style seat. 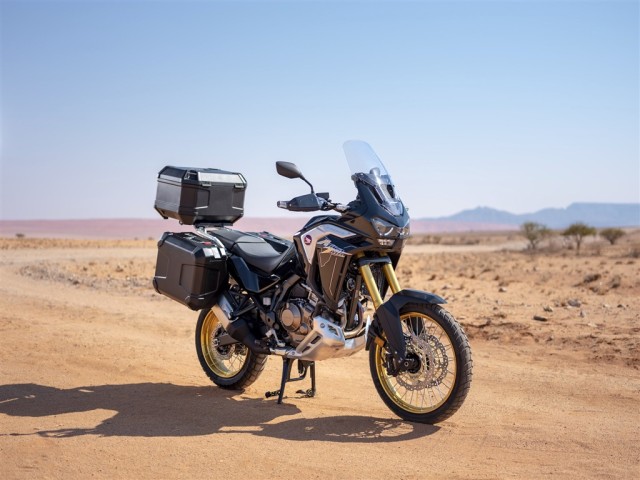 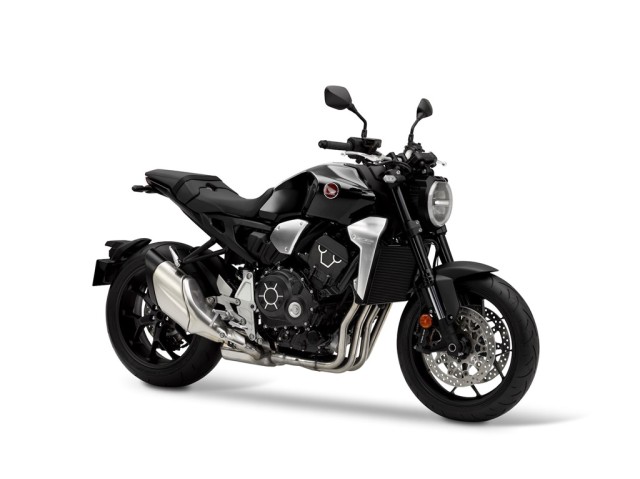 Honda CB1000R
Another interesting bike at the company’s pavilion is the CB1000R, Honda’s flagship Neo-Sports Cafémotorcycle. Since its younger sibling, the CB300R is already available in India, we hope the litre-class version also makes it to our shores. The 2020 Honda CB1000R effortlessly blends the classic motorcycle styling with a modern twist and offers new-performance and reliability. With the 2020 model year, the new Matt Pearl Glare White coloring also makes its debut. The 145 hp and 104 Nm engine together with the chassis remain unchanged. The Honda CB1000R 2020 is now offered in two versions, standard and CB1000R +. The latter comes with quickshifter, heated grips and a range of premium accessories such as metallic meter visor and seat cowl, front fender panel, hugger panel and radiator grill. Like the smaller CB, the CB1000R also comes with a whole range of customisation option.