Our friends over at MCN Australia have snagged some spy pictures of a new Yamaha prototype being ridden by a test rider, some days ago. Since then, the news is spreading like wildfire in the virtual world and many ‘new’ details about the bike are being invented. So here are some known facts and the assumptions that can be made based on them.

The YZF-R1 is one of the most popular litre class bikes in the world but it hasn’t received any significant revision since 2009 when it got the cross-plane crankshaft engine inspired by Yamaha’s MotoGP prototype, the YZR-M1. A revamped model of the bike is being expected and looks like the bike in the spy pictures is indeed the new R1. It is clear from the pictures that the bike has been disguised by wrapping it in the bodywork of Yamaha’s YZF-R6 super sport bike but there are certain hints in the engine and the exhaust system that give it away. The 2014 YZF-R1 is expected to have a stubby side exhaust like the R6 for better mass centralisation and the signature twin side intakes of the R1’s nose might be replaced by R6 style central ram-air intake. It was also speculated that the next generation Yamaha sportbikes will be powered by triple cylinder cross-planes crankshaft engines based on the 750cc concept triple showcased by the company at the 2012 Intermot but, going by the sketchy new detail shots we are seeing now, it appears that they’ve decided to retain the predecessor’s inline-four crossplane engine layout. Whether it is a three or four-cylinder, the engine will be all-new, or at the least, heavily revised, for the 2014 R1. 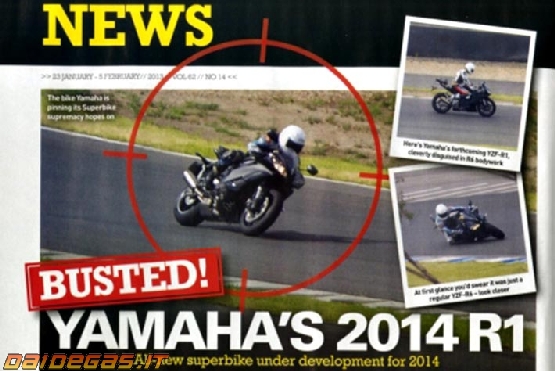 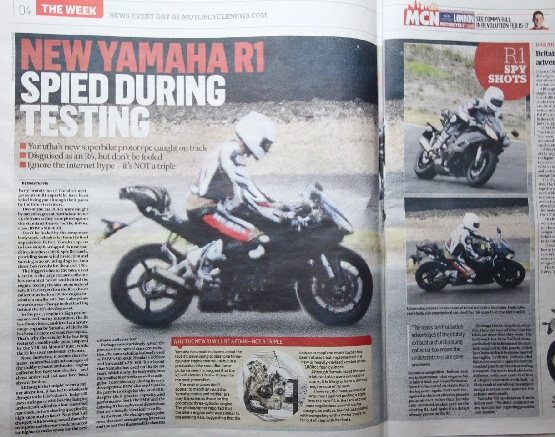 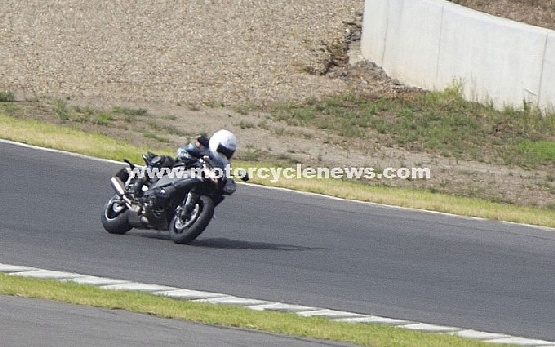