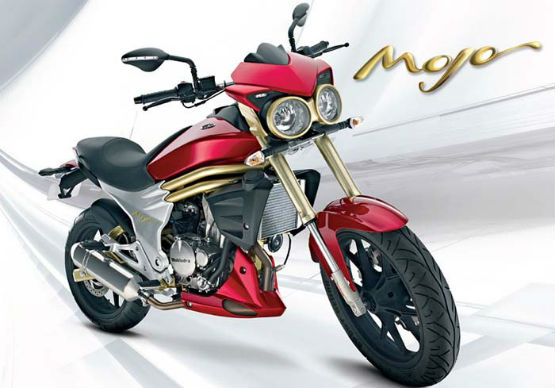 Mahindra have teased India’s automotive sector for a while now with the will they, won’t they game when it comes to the launch of the 300cc Mojo. However, they’ve finally confirmed the launch of the Mojo, and it will be during the 2014 Delhi auto Expo.

The expo, slated to be held in February will see the who’s who of the Indian and international automobile sphere in presence, and is a great platform for just such a launch. The timing of the launch is significant, as it comes off the back of a particularly successful year for Mahindra, who chalked up an astounding 155% growth in sales, leaving their previous year’s figures far behind. As of October 2013, Mahindra had sold 29,696 units in total, with 28,604 of them being sold in India.

The leader of the Mahindra pack, and the bike that has had a huge say in its drastic growth figures is undoubtedly the Centuro, and Mahindra appear to be making an attempt at striking while the iron is hot and will be hoping that the current, popular status of the Centuro is transferred to the Mojo as well. It is being reported that the single cylinder 300cc bike will be priced at an amazing Rs.1.5 lakh only, which will throw the cat among the pigeons when it comes to the 200cc and above segment. Expect the bike to take on the likes of the upcoming Honda CBR 300R, the KTM Duke 200 and even the CBR 250R when it finally does enter the fray.