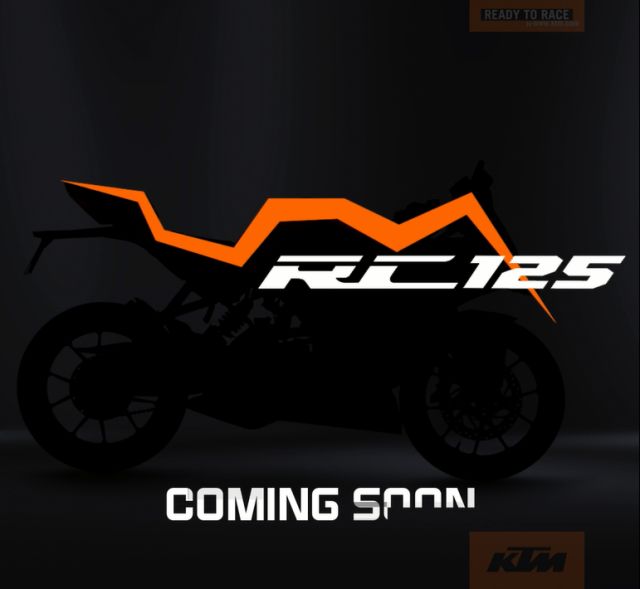 Currently, a lot of manufacturers have been updating their range of motorcycles to give the audience more options in different categories. KTM is also following the suit and just before the arrival of their new RC 125, the Austrian bike manufacturer officially released a teaser video of this upcoming bike. The KTM RC 125 is a faired counterpart of the company’s naked model, the Duke 125.

The Austrian manufacturer launched the KTM 125 Duke in India last year at a price of Rs 1.18 lakh (ex-showroom) and it was a huge success. According to a sales report, the KTM 125 Duke is selling like hot cakes, outselling, in fact, all their other offerings. KTM, in India, are selling the older version of the 125 Duke as compared to the international-spec model which looks just like the new 390 Duke.

Coming to the bike, we want to talk about, the KTM RC 125, which was also spotted testing not too long ago. The release of this teaser video confirms our belief that KTM is about to launch the RC 125 very soon, owing to the success of the 125 Duke. However the official launch dates have not been revealed yet.

The bike is expected to weigh around 140 kg and will be priced below Rs 1.40 lakh (ex-showroom). It will borrow the engine from its Duke counterpart which makes 15 PS and has a peak torque of 12 Nm. As can be observed in the teaser video, the bike will get an underbelly exhaust similar to the Duke.

With this move, the new KTM RC 125 will be a competitor to the Yamaha YZF-R15 that is priced at Rs 1.39 lakh (ex-showroom). With the success of the 125 Duke, KTM expects to see good sales figures by launching the KTM RC 125 to the Indian market. Other plans from the orange icon in 2019 include the launch of the much awaited 790 Duke as well as the 390 Adventure.

Check out the video here: