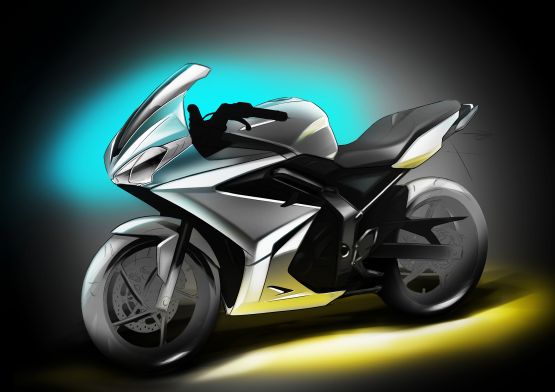 Triumph, as we announced earlier, are all set to enter the Indian two-wheeler market on the 28th of this month, and they’re going the whole hog. They aren’t just importing finished bikes for sale or parts for assembly here, instead they will manufacture some bikes locally too, and at EICMA 2013, they released a sketch of what will the first 250cc Triumph to come off the blocks, once their factory is up and running.

The styling of the bike, as is evident from the image are greatly inspired by the Triumph Daytona, and Triumph also confirmed at EICMA that the bike would sport a single cylinder 250cc powerplant. Triumph’s upcoming Karnataka plant will be the production base for this model, and since the as yet unnamed bike will indigenously produced expect it to compete with the KTM Duke 390 and the Honda CBR 250R in terms of price.