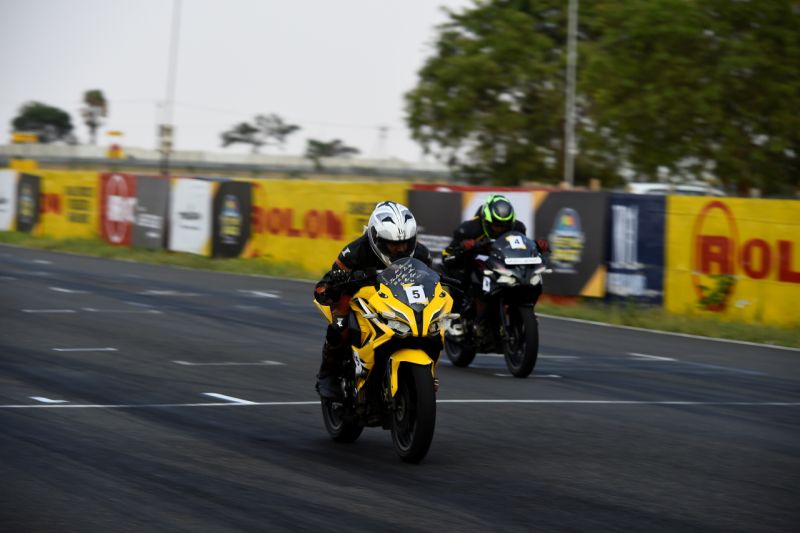 Bajaj Auto have hosted the grand finale of the second season of the Pulsar Festival of Speed at the Kari Motor Speedway in Coimbatore. The latest edition has claimed to have grown bigger and provide Pulsar fans a thrill and excitement like never before.

The festival which commenced from 26 February in Gurugram, gave Pulsar customers an opportunity to indulge in professional lap racing on a track set-up. Touted as India’s first festival on speed biking, the event was successfully hosted in Gurugram, Hyderabad, Chennai, Bengaluru, Aamby Valley for Pune and Mumbai, with the finale was hosted in Coimbatore.

Saad Gaibi from Pune again emerged as the Champion of India’s second season of track-racing championship in the Pulsar RS200 category and was awarded the Pulsar Cup. He was also presented with Rs 50,000 as a cash prize. First runner-up in the same category, Zabiulla from Bengaluru, was awarded with a cash prize of Rs 25,000, while the second runner-up, Zuber Ali from Bengaluru, took home Rs 15,000. Bajaj Auto sponsored the entire expense for the travel, accommodation and training of the 36 finalists.

Commenting on the occasion, Sumeet Narang, Vice President (Marketing), Bajaj Auto, said “The first edition of Pulsar Festival of Speed witnessed overwhelming response from bike enthusiasts across the length and breadth of the country. As a sports biking market leader it is our constant endeavour to keep evolving the landscape and taking customer engagement to new levels.”
He further added, “We successfully engaged over 20,000 fans from across the country for this mega show last year, and this year we further managed to better the footfalls as we brought in some more fun and action for the audience. In the coming years, we aim to take this festival to an international scale, extending the participation to overseas racing enthusiasts as well.”

The Festival of Speed invited Pulsar fans to register and compete in races conducted over laps and chose the six best racers in each city. The 36 winners then competed in the Grand Finale on Kari Motor Speedway, Coimbatore in a face off to emerge as national winners.