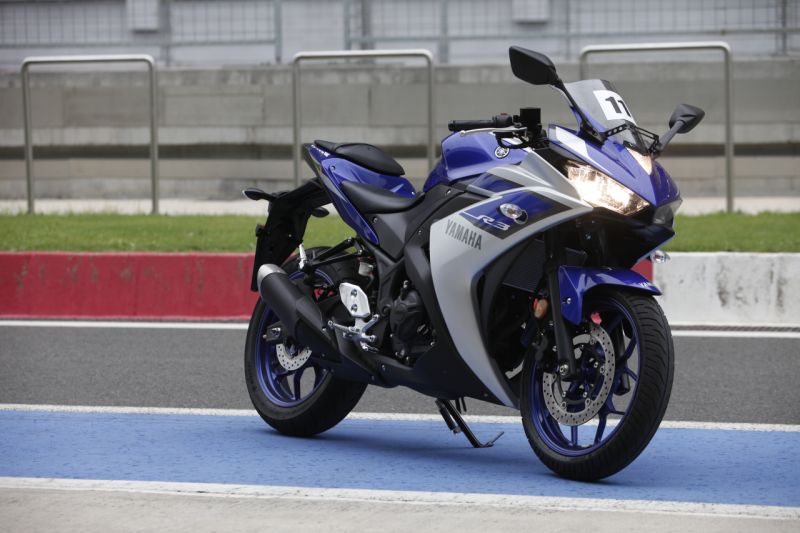 Tech briefings are more than just geek gatherings. Here is why

The Yamaha YZF-R3 took the twittersphere by storm at the launch. Following this, images of the first ride flooded our facebook and instagram feed. In the race to get the story up first, motor noters had the report out on their way to the airport from the event. Launch functions are usually abuzz with activity – PR execs running around, photographers shuffling their way around to get the right shots, journos hammering away stories at a furious pace while the suits disseminate all the possible information. All this hoopla is justified. The R3 is Yamaha’s flagship product at the end of the day. However, more often than not, launch events fail to transfer all the information. While it becomes the galvanising point in the product lifecycle, there is only so much information the manufacturers can give out at the launch.

Almost a month later, we were invited by Yamaha for a tech briefing on the Yamaha YZF-R3. And this was unlike its launch event. Devoid of all the glamour and the bling of a five-star property, the briefing was held at Yamaha’s tech centre in the blazing heat of Surajpur. Without any Bollywood A-lister stealing the bike’s thunder, there was no smokescreen obstructing our attention. What happened at the event is a subject of a different story… One that you will read in the next month’s issue of Bike India. What made the event such an enlightening experience was the manner in which it was held and that brings us back to the subject of product lifecycle of a bike.

The product lifecycle of a motorcycle is an amazing one. It usually begins with a concept. This idea is translated into directives by the top guns which are noted down by fervent R&D boffins, who then get down to connecting the dots. On some occasions, it is the other way around. Market analysts recognise a gap in the manufacturers’ portfolio and directives are given out to develop a segment specific, objective oriented vehicle.

In order to fructify the freewheeling ideas from the designer’s drawing board to reality, the boffins have to back them up with sound engineering. A truly well designed motorcycle is not just the one that looks killer, or the one that goes the fastest, or the one that handles like a Nimbus 2000.It is also not the one that is easiest to service, or even one that is the most economical. It is the optimum combination of all these parameters that make a truly well-designed motorcycle. In the optimisation phase, its a question of choices. Choices ranging on a fluid spectrum on the opposite ends of which exist two extremities – form or function, performance or fuel efficiency, quality or quantity, economic or lavish and so on. What makes or breaks the deal is this optimisation. One cannot have a bike that only attracts eyeballs but doesn’t have something as pertinent as a side stand. Neither can you have a purpose built race bike sans an alternator and a rear seat. Once the entire team flips a thumbs-up in approval, the product is then put to tests. Performance, reliability, emission, and several other tests that will ensure its survival and sustenance in the market.

In this fiercely competitive age that we live in, one cannot dispense the utility of the marketing and sales department. At the end of the day, what good is a motorcycle if the launch function isn’t loud enough or if there isn’t a sales executive to sell it. And here, I believe is where the biggest loss in communication happens. More often than not, the work mentioned in the previous paragraph is whittled down to marketing gibberish which is aimed at the target customer. Many a bike has fallen prey to this and the customer loses out on a truly good product. The most glaring example of this in recent times has been the Hero Impulse which is based on the Honda NXR 150. In all honesty, I dismissed it as an underpowered wannabe off-roader at first instance. However, having ridden it recently to an off-road expedition, I came to realise its true potential. Not only have I been smitten by the off-roading bug but I also realise the Impulse’s attributes as a beginner bike for off-road enthusiasts. Given the challenges of word count, broadcast time, official hashtags and numerous marketing hassles, it is becoming increasingly difficult to disseminate all the vital information in the limited attention span of the target customer. So then how does one resolve this conundrum?

I think tech briefings are a fantastic solution to this. Tech sessions allow motor noters to take a closer look at the product in question and without the deadline of filing in a launch report, journalists can interact with the people who design and manufacture the bike. This, without the marketing spiel allows one to identify the embroidery from the fabric and have an informed opinion. This goes ahead to back the credibility of reviews and comparisons which follow subsequently. Even the manufacturers stand to benefit from this setup. Constructive feedback from journalists makes the event far more interactive.