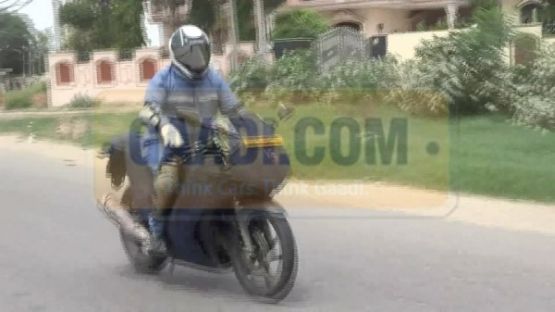 Hero MotoCorp seems to be all set to launch an updated ZMR, as these recent spy pics suggest. The bike was spotted in the vicinity of the Dharuhera plant of the company. The front and side fairing seem to be similar to the current ZMR and are likely to feature new stickering/decals. The tyres and disc brakes too have not changed, save for a tyre hugger at the rear.

The biggest styling change is the restyled rear end that now swoops sharply upward, as well as a split seats for a sportier look. The engine is likely to be the same 223cc mill from the current ZMR, developing 17.8 PS at 7,000 RPM and 18.3 Nm at 6,000 RPM.

The bike could debut during the festive season later this year and might be priced slightly higher than the current ZMR. Watch this space!